Home› Focus› Ancient wisdom on nature and the climate crisis

DR. ASLAM PARVAIZ is a teacher with a passion. Coming from the Islamic tradition, he integrates the wisdom of the Quran with a scientific attitude toward Nature, the environment, and our responsibility as human beings. In November 2020, DR. PARVAIZ was interviewed by ELIZABETH DENLEY and KAMBIZ RAVAN from the Heartfulness Institute.

ED: Welcome, Dr. Parvaiz. Since we first met a few years back, I have been touched by your passion for integrating modern scientific approaches about Nature and our current climate crisis with the wisdom traditions of the Quran and Islam. Why is this so important for you?

AP: It’s not science per se, but the need to have a scientific attitude. My passion is for Muslims all over the world to understand the logic behind the practices in the Quran. Whatever is happening around the globe today in the name of Islam is not what is offered in the Quran, which is a book for the entire humanity.

What you find there will depend on your capacity, your willingness, and your desire to know and internalize the teachings. While I challenge the way people currently practice Islam, my approach is not at all controversial, as it is based on the Quran.

ED: Can you please tell us about the importance of Nature, ecology, and the environment in Islam?

AP: I would start with the first verse of the Quran, which says that God created the Earth for all living beings. Second, the Quran says that if you wish to count the bounties of God, you will not be able to do so. Nature has gifted us all with countless bounties in the form of resources. Third, the Quran says that whatever resources are there, they are to be distributed amongst us all. All creatures in the Universe reflect the creativity of God. Fourth, the Quran defines the position of humankind as the custodians, the khalifa, with the role of protecting the environment and protecting the Earth’s resources.

All creatures in the Universe
reflect the creativity of God.

Whatever resources are there in Nature move from one place to another by the Law of Diffusion, which tells us that things move from a region of high concentration to a region of low concentration. For example, when you add water to a bowl of dry soil through a dropper, the water will spread throughout the bowl. Only once the soil becomes saturated with the water will it start accumulating on top of the soil. The movement of air, which controls the temperature and the climate, uses the same process of diffusion. When air pressure decreases, air rushes in. The same is true of the action of gases in our body, in our lungs. Hemoglobin in our blood has the capacity to bond with carbon dioxide and with oxygen, depending upon the concentration. If more oxygen is there, hemoglobin picks up oxygen, whereas if more carbon dioxide is there, it picks up carbon dioxide. So, our capacity to breathe in oxygen and breathe out carbon dioxide is because of diffusion. This Law of Diffusion is operating everywhere in Nature.

Similarly, the Law of Diffusion tells us how to share resources: Where there is a need, the resources must go. There is no need for hoarding or reserving things for near and dear ones for generations to come, whether it is money, property, food, or anything else. The planet is for all. Distribution of resources should be as per the need of the moment.

The planet is for all.
Distribution of resources should be
as per the need of the moment.

The Quran also says to establish balance. Don’t disturb the balance of Nature. Don’t spread impurity, like corruption and pollution. Air pollution is an imbalance of gases in the atmosphere. In Islamic countries we don’t have a strong awareness of environmental consciousness and protection, yet it is part of Islam.

The Quran talks of Ibadat, which means submission to the divine laws or principles. Often the word is understood as “worship” or “prayer,” which has then been reduced to praying five times a day, fasting for thirty days a year, traveling once a year to Mecca for Hajj, and giving 2.5% of wealth to charity as Zakat. I call this cherry picking. We have picked those few practices from the Quran and made them mandatory, forgetting all the other practices that are there, including those about the environment and Nature, about service, and so many other things that are designed to make a person a wonderful human being.

The human-centric approach is missing. While it is wonderful to do prayer five times a day, is your prayer helping the poor lady who is your neighbor, who has nothing to feed her kids? There are so many people who are hungry, and the Quran tells us that giving food to a person in need is our duty.

KR: Why is the color green associated with Islam?

AP: For us, green is the symbol of peace, productivity, and tranquility. When we talk about peace, there are two important words: one is “Islam” and the other is “Iman.” Iman is usually translated as “faith,” but it also has the same root as the word for peace, “Aman.” The root word “slm” has eight meanings, one of which is “peace,” and another is “productivity and growth.” So, if someone says they are a Muslim, the true meaning is that they are a harbinger of peace. They are at peace with themselves, and everyone should feel peaceful with them.

For us, green is the symbol of peace,
productivity, and tranquility.

They do not give any offense to anyone or anything, either mental or physical.

How does Nature work? After the Industrial Revolution, with the fallout of air and water pollution, it dawned on us that the green trees in our neighborhoods are themselves a huge industry. They produce so many resources and chemicals, giving so many products to humanity, such as dyes and medicines, yet the industry inside the tree is creating all these things without pollution, without heat, and without noise. That is why the shift is now toward bioproducts, because we know that Nature’s models are better than our human-made models. In Nature, things are always in balance.

Balance is important everywhere. Now, balance and justice are the same thing. Where there is justice, there will be balance without chaos, because things are at peace. In Nature, peace is prevalent because the divine laws are in operation. When we are in sync with Nature, we feel peace. The entire Universe is tuned with us, and I call this, “Swimming with the current.” The moment we don’t follow the natural laws, for example, when we hoard wealth, disrespect our spouse, are cruel to our kids, a neighbor, or workers, we feel uneasy and not at peace, because these things are against Nature.

We become disturbed, then angry, frustrated, depressed, and eventually we may even feel suicidal. This is the sequence which arises from the internal situation where we are not comfortable. So being in sync with Nature is important, and this is what the Quran tells us.

Balance is important everywhere. Now, balance and justice
are the same thing. Where there is justice, there will be
balance without chaos, because things are at peace. In
Nature, peace is prevalent because the divine laws are in
operation. When we are in sync with Nature, we feel peace.

ED: If you were to advise young people today how to find peace, what would you tell them?

AP: I would tell them what I have practiced and implemented myself, which is to follow the natural laws. For example, in the Quran it says, “We have created the children of Adam [meaning all human beings] to be respected.” It is a divine principle to respect all people. Whatever their color, religion, race, language, and gender, they must be respected. This is binding on all of us.

When we respect people, it means we respect their likes and dislikes, we respect their faith, their dress, and everything else. We have ours, but we have no problem with theirs being different. When we are able to do this, it is Ibadat. If we are respectful 24/7, it is acceptance of the divine laws.

Next, the Quran tells us to speak in the best way – no foul language, no abuse, no taunts, no sarcasm, etc. This is again a divine principle. So, if someone abuses us, no matter who it is, do nothing! Our duty is to be nice. This is a hot topic today, just as it has always been. The Quran tells us that when we are in the company of people who are speaking badly, simply move away and join them again after they have finished. Don’t react. The human connection is very important, as all human beings are brothers and sisters coming from one source. There is no specific Islamic brotherhood. The human brotherhood is supreme – we must respect everyone. If we don’t respect a household helper, or even our spouse or partner, it doesn’t help.

When we respect people, it means we
respect their likes and dislikes, we respect
their faith, their dress, and everything else.
We have ours, but we have no problem
with theirs being different. When we are
able to do this, it is Ibadat. If we are
respectful 24/7, it is acceptance of the
divine laws.

The human connection is very important,
as all human beings are brothers and sisters
coming from one source.

The Quran also tells us to accept all the revered books from all traditions, right from the Vedas, to the Torah and the Bible, etc., and to accept all the Prophets that have been sent. A few we know, thousands we don’t know. I believe that the Vedas were the first divine books. The wisdom is the same. Many of the slokas of the Vedas are exactly the same as the verses of the Quran. These wonders are waiting to be discovered and practiced. 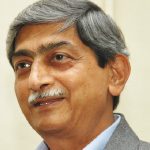 Dr. Parvaiz was the Vice Chancellor of Maulana Azad National Urdu University in Hyderabad, India, from 2015 to 2020, and before that was the Principal of Zakir Husain College, Delhi University. He is a science communicator with six books and many articles and book chapters to his credit. Since 1994, he has also been the... Read more