STEPHEN MURPHY-SHIGEMATSU opens his heart about the sacredness of the death of his grandmother.

“She waited for you,” the priest told me. I believe she did.

It had been a long trip to get there and Obaachan had been on a long journey in this world. My grandmother was 111, though the priest pronounced her 113 by the Buddhist way of counting age, adding one for the time in the womb and another on New Year’s day. Her old body had finally broken down and I couldn’t just let her go, so I went to Japan.

With a heavy feeling that this was my last time to see her I made the long trip across the ocean. When I finally arrived in her room and saw her, my heart sank as she appeared to be unconscious. I stared at her for a while thinking that I had come for nothing. But when I called her, “Obaachan,” she opened her eyes and looked into mine. “It’s me,” I said. “Stephen.” She recognized me and her eyes closed. We did this a few more times before she appeared to fall into a deep sleep. Wanting to get away for a moment from the enormity of the situation I went outside into the falling  darkness wandering through neighbourhoods filled with sights, sounds, and scents of home – fish grilling, television news, students bicycling home.

When I returned her condition had markedly changed. The nurse said that she was rejecting food and even water. The doctor was called and after  examining her told me that she was nearing the mountain top – an unfamiliar expression but one I instantly understood. He left the room and I waited alone by her side. The only sound was the rhythm of her harsh breathing. After a few hours I grew weary and fell asleep.

.… the original meaning of dharma, which she explained as a
way of being for each living thing, to be discovered and accepted.
I needed to accept who I was, be grateful for it and
responsibly do what I could with what I had, which was a lot.

A short while later I awoke to a strange silence. I knew that it was over. Her long time in this world had ended.

As I gazed at the lifeless body I recalled the time that I lived with Obaachan in my youth. Everyone marvelled at her seimeiryoku, her vitality, and I  was fortunate to have absorbed some. She taught me about the beauty of Buddhism, and the original meaning of dharma, which she explained as a way of being for each living thing, to be discovered and accepted. I needed to accept who I was, be grateful for it and responsibly do what I could with what I had, which was a lot.

Obaachan also talked about the beauty of Jesus Christ. She insisted that my father, who never professed to be a Christian, was actually Christlike in many ways. I knew him as a man scorned by society as a fool, and Obaachan affirmed that he was indeed a fool. But she called him “Obakasan” – a wonderful fool, foolish enough to try to live by ideals and the highest values, for which he suffered severe consequences.

The funeral ended with family members placing flowers on Obaachan’s body, especially around her face, before the coffin was closed. We then moved to the crematorium. We watched as the body was rolled into the oven and the switch turned on. I had a strange sense of detachment; none of this was  horrifying. I sensed no life in the body, no Obaachan. Whatever form she was now in, it clearly was not attached to that body.

I wondered if she was now with God and remembered asking Obaachan, “Where is God?” She pointed to her heart and said, “God is here.” Then she pointed at my heart and said “God is there too.” I understood that God is in all of us. 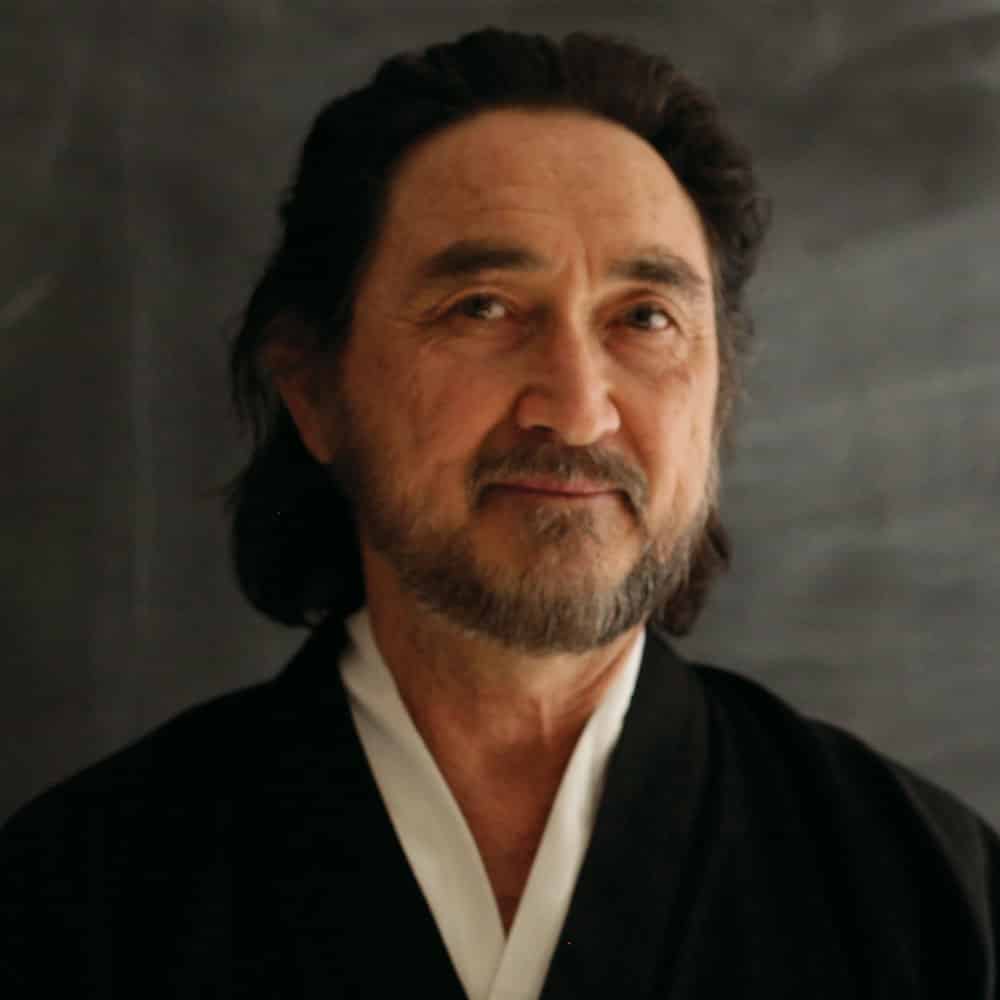 Stephen is co-founder of the LifeWorks program of mindful well-being at Stanford University, faculty of Fielding Graduate University, and president of Nichibei Care. He received a doctorate in psychology from Harvard and was professor at the University of Tokyo. His books in Japanese and English include When Half is Whole and Multicultural Encounters.