How do you personally explore the subconscious and superconscious parts of your consciousness spectrum? 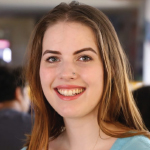 ‘Consciousness’ is derived from the Latin words conscius, meaning ‘to know’ or ‘to be aware’, and conscrire, meaning ‘to be mutually aware’. Consciousness extends beyond oneself and includes awareness of our environment and our connection with others.

I believe in Swami Vivekananda’s saying that consciousness is a mere film between two oceans, the subconscious and the superconscious. This film becomes more permeable as I delve further into those parts of my consciousness that usually exist outside my spectrum of awareness. I have also found that this permeability continues throughout the night and I am able to recall my dreams in  vivid detail. Keeping a dream journal alongside my meditation-diary has also helped me to explore parts of my consciousness which were otherwise unknown.

There are events in our history, especially violent and traumatic ones, which weigh heavily on human memory and consciousness. I believe that through methods such as the cleaning process, we  are actively preventing the formation of new impressions and creating an egregore of peace, love and joy. We are aiming for the purification of consciousness to its highest, and this is what is shaping the collective human consciousness today. 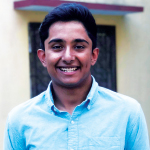 Consciousness is the depth of human understanding. We think on a conscious level, from where we see and understand the real world. But outside that we have our conscious self, which we do not know or fully understand but can listen to. So in my mind, consciousness is something we can get in touch with by looking inside of ourselves.

At first I think of our collective consciousness as everyone in the entire world – not only our intentions and thoughts, but our general attitude towards the world, towards ourselves and our fellow human beings. But when I think deeper, it’s the idea that you, I and everyone else in this world are one. We are all One. If we are all part of that same inner consciousness, then the collective  consciousness is just our need and desire to move back towards It. 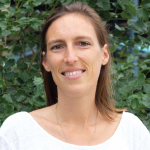 Consciousness is awareness, and it is also intuition and vision. Also, with experience, I have noticed that the more I meditate the more my consciousness opens. For example, earlier, in the same situation, I would not have reacted in the same manner as I do now.

I think I am able to explore my subconscious and superconscious really through intuition and meditation, because intuition comes from the heart. I feel that the collective human consciousness is moving. People are more and more aware of their heart, and they want to go deep into their heart. Many young people have this awareness today. 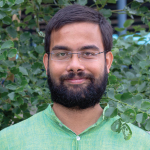 Consciousness is the foundation on which anything happens, has happened, or will happen in the future. I have a very small glimpse of my subconscious when my intuition tells me the truth or when I see dreams. I’m still exploring superconsciousness. 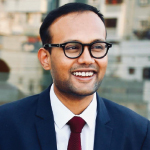 The simple answer is that consciousness is our awareness, but I think consciousness is much more than simple awareness. It is part of us; it’s part of our subtle body. It’s also an agent for us to think, move, act and make decisions with too.

Impressions are deep-rooted within us because of our childhood and conditioning by the environment. Our interactions leave an impression on us, which takes place in our subconscious. Superconsciousness is something that I personally didn’t know exists until I started meditation. When we dive deep within ourselves,  the consciousness that we have, which is our natural state,  expands and reaches new heights. That condition becomes the new normal, our new consciousness; it becomes natural to us. Then there is a new level of superconsciousness waiting for us, and that’s what is interesting.

Consciousness evolves in nature. It can devolve in rare cases, but I think collectively as a species we’re going through major changes, shifts, leaps in our perception. We’re waking up to the truth that happiness is not outside but inside us. There is a saying that “We are drowning in information, while starving for wisdom.” I think that also summarizes today’s collective consciousness. We’ve so much information and data, but we don’t know how to make use of it, how to intuitively navigate through the chaos, through the VUCA world we have created for ourselves (VUCA means Volatile, Uncertain, Complex and Ambiguous). We also have a VUCA world inside us, and unless we simplify the inside, our collective consciousness is burdened, it cannot evolve.