PAOLO LEZZELLE draws simple parallels between Heartfulness and sport, in this article focusing primarily on authenticity and creativity.

What I call “mine”

“Education is that which remains,
if one has forgotten everything he learned at school.”
quoted by Albert Einstein

In my personal opinion John McEnroe has been the greatest tennis genius of all time, superior even to Roger Federer. McEnroe didn’t play better tennis than Federer, which is quite impossible, but his game was so original, unpredictable, creative and extraordinarily talented, that no one was ever able to imitate him. In contrast, in the course of time many Federer imitators have appeared on the scene, some of them very highly ranked, while Federer remained the most successful and elegant player. Nonetheless, John, that quick-tempered brat from New York, was simply unique.

After a fast escalation to become the top seed in tennis, and after keeping that position for some years, John got a little lost in the meanderings of life and went down the ladder. His friend and epic rival, Bjorn Borg, had quit the scene at quite a young age and in the meantime true war machines were emerging, like Ivan Lendl, who based their strength on extremely strict programs for athletic training, diet, concentration, and care for all aspects of the game. All this was relatively new for the ’80s. In sport in general, there was still a lot of space for a level of lightness, for a kind of poetry, and for moral values to be upheld. The world of sport was full of human stories that maybe today would sound ridiculous. Since those days everything has slowly degraded, but this is another subject.

When our friend John tried to take back the throne, he was unprepared for the new wave of merciless competitors. He realized that he was short of the mark in aspects of the game where others now surpassed him, and this included the planning of yearly tournaments. So he made a resolution to follow the way of hard training: gym workouts, diet, strict life conduct, and all that the task required.

He climbed back, but not as much as he wished. Not to number one. He was still one of the best players in the world, but he was unable to pass a certain threshold. Things being as they were, he realized that the harsh regime wasn’t meant for him and he decided to follow his instinct. So he went back to hamburgers, fish and chips with beer, and a schedule of tournaments chosen among the cities of the world he enjoyed. He restarted to play his beloved guitar. He also restarted to quarrel with umpires and opponents whenever he felt like it. Last, but not least, as part of the show, some racquets were smashed on the ground when he lost points. Within a few months he was back on top.

Love what you do

The world of sport is replete with such stories. After all, all the themes are a hint to one thing: You can study as much as you wish, you can be committed, you can train hard and cover all your shirts with sweat, but there will always be two parameters that matter more than anything else:

Number one, enjoy and love what you do.

Number two, whatever you learn has to become intimately yours, so much interiorized and mastered that you can even dare to break the classic technical and tactical standards of action and display something that belongs to you and you alone. Only then will you have the right to call what you know and do “mine.”

I’m lucky to be friends with an athletics trainer who has trained top tennis players and football teams like Milan and Juventus. One day I asked him what it is above all that determines change and improvement in a specific performance. I’ve asked the same question to many good trainers, but his answer pleased me the most.

Whatever you learn has to become intimately yours,
so much interiorized and mastered that you can even dare
to break the classic technical and tactical standards of action and
display something that belongs to you and you alone.

In short, he explained that even though it may seem that an exhausting amount of repetition will give good results, it is not really so. Why? Because if the very change we are struggling for is not known as “good and pleasant” within our personal neurological map, it will not work. As a result, in a difficult moment of a match (or trial), we will return to old patterns because they are the ones we know better. The old style gives us a sense of confidence, notwithstanding the fact that we know it isn’t the most effective.

In other words, Ivan Lendl’s harsh training, while giving results, will not work if it is not heartily welcomed and enjoyed. It was good for him but not for others. Rather, it may be better to do less, possibly in a more creative way. We must always take into account the charge of stress and frustration that any kind of activity brings with it. It could even suppress the talent of a youth who is by nature more delicate and less bold than others, who may require longer to emerge, with more emotional experience in the sporting field.

This topic of what is “mine” in sport brings us straight to another field, where “I” and “mine” have a fundamental value, but not an egotistic value – the field of spirituality. If meditating with great fervor was enough, if following a master blindly was enough, if participating in important events was enough, we could all have been masters a long time ago! Obviously it’s not like that, and it shall never be like that. Unfortunately, we need to repeat the very same things before we understand. We need to go off course, to boast uselessly, and to get confused. We also need to deceive ourselves into believing that all the efforts we have made – often with admirable tenacity – were not so great, because perhaps they were not lived in true joy, passion and love.

In a sense it’s like saying, “Well, I did a lot, but it was not my way, it was not really me.” I think this is why the great Masters are always able to surprise us and puzzle us. In their behavior there is never a dogmatic, static truth, but whatever they do they can absolutely call it “mine.” 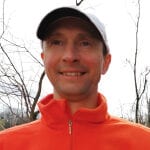 Paolo has been a tennis instructor in Italy for 25 years and is an international ATP coach. He has also been a Heartfulness practitioner for 30 years. His passions include physical activity in nature, writing and rock music.