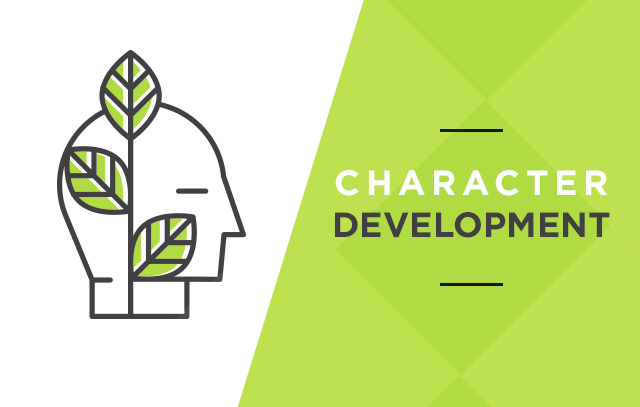 I have been reading an interesting interpretation of the I Ching by Carol Anthony.  It has helped me to understand a lot about what I am trying to do as a meditator.

The I Ching is a Taoist document, and I have read other interpretations of it in addition to Carol Anthony’s.  Taoists say that the primary responsibility of the human being is to keep the mind/heart clear of inferior influences so that the Divine can act upon it directly. Divine expression through the human is a natural occurrence when the mind is open and clear. When that takes place, the human being behaves in a way that is spontaneous, natural, unencumbered, modest, innocent and free.

In the words of the modern saint, Ram Chandra of Shahjahanpur, the human being thus becomes “plain and simple” and “at one with Nature.”  This simplicity “promotes growth.”

I am starting to see that character development amounts to just that – disciplining the inferior aspects of the personality for the sake of the clarity of the mind/heart, and the Divine expression in and through it.

The I Ching uses certain simple words whose meanings are not readily understood. Carol Anthony explains the often-used expression, ‘inferior people’ refers to the inferior aspects of the personality. Many of those aspects are ego-driven, and others are driven by instincts for luxury and pleasure. The expression, ‘the inferior man’ refers to the crystallization of the inferior elements into a false identity, which, by the force of habituation, convinces us that it is our real self. We think that what this false personality wants is what we want, and, in thinking that way, we allow it to motivate our behaviors. We live and act for its sake.

Because the inferior personality is an agglomeration of many different ‘selves’ (wishes, actually), it is not all of a piece.  It is a multitude of conflicting desires. In his marvelous verse essay, ‘An Essay on Man’, Alexander Pope describes the human being.

It is because we allow ourselves to be led by an inferior personality, one that is an agglomeration of many ‘selves’, that we find ourselves having many issues. Consequently, we think that we have so many things to work on.

It is not the case that so many things are wrong. What is the case is that when we start from an incorrect first premise, ‘everything’ is wrong.  Just as we cannot develop a coherent mathematics if we begin with the premise, 1+1=3, so we cannot expect anything but self-contradiction if we conduct our lives on the basis of the inferior personality. If we identify with it, we cannot expect anything to come out right.

Recognizing that nothing has worked, that everything is wrong, brings our inferior personality to the point of despair, but another part of ourself rejoices at a new opportunity.

We really have only one thing to work on.  We form our character not by developing a ‘better’ inferior personality but by allowing our minds to become what they are naturally — simple and free.

We do this not by adopting the tactics of the inferior personality – struggling and striving – but by adopting the stance of the superior man, observing minutely from moment to moment, and, in each moment, letting go.

We are part of a divine intelligence that expresses itself in nature and in the working of our bodies/minds.  Any thought that we experience will, as a function of this intelligence, work itself out of our system in a short period if we just observe it, leave it alone, and refrain from adding more thoughts to it.  To become our natural selves, we just have to allow ourselves to be.

In Taoism, this ‘act’ of ‘letting it be’ is called ‘non-action’.  It is based on the understanding that human nature, and nature itself, is inherently divine and self-regulating. In Heartfulness, we participate by observing.  And, merely by observing, we invite the Guide, also known as the Higher Self, or the Creative — that part of ourselves that is able to create and change.

Each moment is a point of decision. In the work of character development, we observe and decide. At each moment, so many influences come up.  We start, very slowly and with a lot of mistakes, to learn to use the moment as a crisis point – an opportunity to let go, to withdraw our identification with anything that is inferior.  We cannot say what we are identifying with, instead, because we are releasing ourselves into the present, which the mind, able to know only about the past, cannot understand.  In Christian terms, we might say that we are in the wilderness, the place where no man has been before.  Ram Chandra of Shahjahanpur once said, “Love is exposing yourself to reality,” so by releasing ourselves into the present we are part of the act of Love.

Conditioned as we are by our ‘inferior man’ we are deeply suspicious of non-action – in the same way that we can be deeply suspicious of love and, in particular, of loving our enemies. Just letting things be requires courage, dedication, and perhaps the kind of intense desperation that comes when we understand that none of our efforts to make things better have actually worked.

As we even consider the possibility of non-action, our ego, strategizing, ensnares us again and again.  Eventually, this same ego warily decides to give nonaction a try, and then it looks for results. “Only a fool seeks results,” remarked Ram Chandra.  And as we gradually start to understand more and to see small changes, this new behavior starts to make its own kind of sense. We start to feel the truth of it. We ‘get it’, ‘lose it’, and ‘get it’ again and again.

That, in my opinion, is the work of character development.  It is making the decision to work on the single issue, the resolving of which solves all the many issues.  It takes a lot of time and effort and energy to change an old way of being, and, since we are working from moment to moment, there is really little time for anything else.

We gradually stop judging ourselves and others because we realize that almost every one of us still behaves as an expression of ‘the inferior man’.  The inferior man manifests itself slightly differently in Tom than it does in Dick or Harry, but it is a hopeless matter in every case. There is no point in judging the productions of the inferior man because we understand that they are doomed from the start: who pours water into a bucket with a hole in it?  Your hopelessness is no better or worse than mine, so there is no point in judging any of it. In any moment in which we can understand that, we have stopped judging and begun discerning.