CLAYTON JOHN writes about his approach to art and spirituality and the techniques he is using to create his latest series, Imaginata Australis.

A wise person once told me that the artistic inclination stands just shy of the spiritual. Unfortunately, for many years I perceived that comment in a negative light, construing it to mean something akin to “a pursuit of the artistic is less than ideal and hence pointless.”

As I’ve grown older, I’ve slowly come to see that it is, in fact, the necessary integration of the artistic aspects of myself that permits expansion into the spiritual realm. It is as if the artistic is the apex of the material manifestation, accepting the limitations of that realm.

As a consequence, I accept myself as also being limited. This is okay. It means I can fly free into my spiritual self. It has been a gift to accept the limited self through art, and in so doing, permit the unlimited self, the spiritual self, to fly unshackled. If, by grace, treasures from the brighter side are brought back, they might be rendered material.

Currently I am creating a series of works that I see as “landscapes of the mind.” The series is called Imaginata Australis, which translates as Imaginary Southern Land. It was prompted by the Covid lock down and the realities of circumscribed travel.

I began to experiment, starting with the creation of backgrounds, for which I use a variety of mediums – plaster, slacked lime, oxide washes and pigment washes.

I also began to “build” trees using whatever caught my eye on the permitted daily walks. I would cover these bush pickings with beeswax, then use metallic gold pigment to rub into the wax, so that a high, golden sheen remained.

I would then photograph these tree elements and the created backgrounds. I then bring them together into a digital collage.

The fusion of elements that often stand at odds with each other is an aspect that attracts me in life, just as much as in art. Trying to make the disparate whole goes for myself as much as for the world outside. 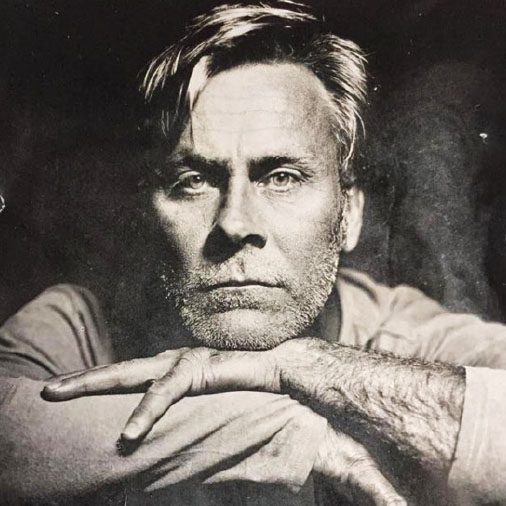 Clayton is an award-winning photographer and video journalist, who has also been a mixed media artist since 2016. He was a finalist in the Fine Art Category of the London International Creative Awards 2021 with Imaginata Australis.