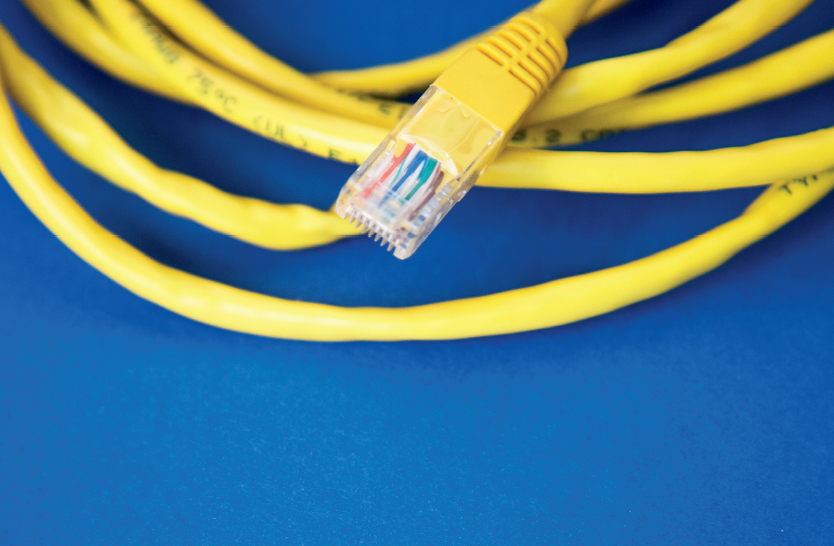 In the era of constant technology, MEGHANA ANAND calls for some digital detox, and shares her ideas on how we can remember to experience the old-fashioned human forms of communication in our disconnected-connected world.

The other day I was out dining with my mom at a restaurant, when I suddenly noticed the look of amusement on her face as she stared at the table across from ours. A young couple was waiting for their dinner and both of them were engrossed in their mobile phones completely oblivious to the world around them and even to each other. I was more amused with the look of amusement on my mother’s face than with the couple, as to me they represented the mass of the population these days.

This episode left an impression in my mind. After reaching home I made a mental list of my own routine, and I wasn’t too happy to realize that I did feel a constant urge to reach out for my mobile and social apps at frequent intervals, whether it was necessary or not. While more and more researchers these days are coming up with their findings about the hazards of electromagnetic frequency (EMF), what is a matter of great concern is the effect these gadgets may have on the future generation, our children.

Dr Natwar Sharma, a pediatric intensivist, shares his experience: “Today, we don’t realize how much impact gadgets are producing on kids’ minds. I find them getting very angry with their parents when they don’t give them the iPad or mobile phone, or let them sit at the desktop and things like that. It’s very scary. I call it ‘gadgetomania’, because these kids are going crazy behind gadgets. And it is we who give these gadgets to our children, because we don’t have time for them ; we’re so busy. In the process we don’t realize what we are doing to our child’s brain, which is still growing.” I have seen changes in my son’s behavior when he is exposed to a cell phone or a computer for a long time. He becomes aggressive and inattentive afterwards, and it takes a while for him to come back to his usually calm and responsive countenance. I have noticed distortions in my own thinking process and disturbance in my sleep pattern on the days when I cross my usual time limit on electronic gadgets. Why do you think this happens?

Dr Elizabeth Denley writes: “The subtle body, also known as the mind, is our energetic body and here we have an electromagnetic field created by the negative and positive polarity of charge. … The negative and positive charges in this energy field also correspond with yin and yang, electron and proton, female and male, and the positive and negative poles of an electric charge, etc. This is how matter is constructed – as a result of the positive and negative  charges in atoms. … The flow of energy in our body, in the earth, in any being, creates a field.

“What happens when we add manmade EMFs into our environment? They interact with our natural EMFs. The stronger the wireless technologies we add to our city environments, the more they will interact with our own energy fields. Some people are very sensitive to the effects, getting headaches, rashes, nausea and nervous complaints. The science is still out on whether EMFs cause these symptoms, the evidence inconclusive, but while scientists do their research on the physical body they are unlikely to measure the real effects, which are happening at the level of the subtle body, the energy field. Eventually this can filter down to have a physical effect. Most diseases start in the subtle body as an imbalance or disturbance. …

“A few years back, a group of five girls from year 9 in a school in North Jutland, Denmark, did an experiment, because they were having difficulty concentrating. … They took 400 watercress seeds and placed them in 12 trays. 6 trays were put in a room without radiation and 6 in the next room with two Wifi routers. All the seeds were watered regularly and given the same conditions of light. After 12 days the  results were clear: the cress seeds next to the router did not grow as well, and some of them mutated or died. The girls were shocked by the findings. …

“One of the Danish students who did the original experiment with cress seeds said afterwards, ‘None of us sleep with the mobile next to the bed anymore. Either the phone is put far away, or it is  put in another room. And the computer is always off.”

Today, multinational organizations are waking up to the adverse effects that an overexposure to digital technology has on the productivity and health of their employees.  Many of them are coming up with retreats and other innovative methods to rehabilitate their employees from this overwhelming addiction.

“It is no secret that our devices can be taxing on our physical and emotional well-being. … While hotel packages offer a short breather from digital communication, other programs have a more immersive method of reconnecting people with IRL (in real life) activities. Retreats such as Digital Detox, which works with different US campgrounds, takes a Wet Hot American Summer approach to helping people recover from technology. It replaces Instagram,  email and Facebook with yoga, meditation, typewriters and arts and crafts.” There are even laws being passed by the governments of some countries banning emails to employees when they are outside their official work hours, as a step to curtail the high rate of stress and burnout in today’s corporate world.

In some very interesting research  conducted recently, neuroscientists studied the behavioral pattern of 35 CEOs and entrepreneurs who were on a trip to the Moroccan desert as part of a digital detox. While on the first day they were put up in a posh hotel with plenty of access to their smartphones, the next four days were spent purely in each other’s company without any electronic devices. In the absence of their smartphones, the participants of the program developed better communicating  postures, made deeper connections with each other, slept more soundly, exhibited improved memory, and became  more open to change and new perspectives. At the end, many of the guests expressed their wish to bring digital detox into their daily lives.

What happens when we add manmade
EMFs into our environment?
They interact with our natural EMFs.
The stronger the wireless technologies
we add to our city environments,
the more they will interact
with our own energy fields.

While organizations and corporates become sensitive to this glaring issue of the right use of technology and carry out necessary innovations in that direction, here are a few steps that I have consciously started incorporating in my own routine and which may be of help to you as well:

Switch on the router only when you need to access the Internet. Keep it switched off at all other times, especially while sleeping at night.

Keep your smartphones in a different room from where you sleep. We have an in-built biological clock to wake us up. If necessary, get a clockwork alarm instead of depending on the mobile phone.

The best way to overcome a habit is to develop a counter-habit. If you are addicted to social apps, one way to get over it is to fix 2 or 3 time slots in a day when you check your messages and avoid them totally at all other times. This method really works for it’s just a matter of getting into a rhythm, and then it becomes  automatic.

While working on the computer, turn on the Wifi connection in the device only when you need to access the Internet or send emails. Similarly with the Wifi in cell phones, switch it on only when you need it. This  actually helps to disconnect from unsolicited network connections that are constantly active especially if you are living in a community or apartment.

If you need to work on your computers for long hours at a stretch, break for water at regular intervals and  see how refreshed you feel.

Avoid using mobile phones in the presence of children, except for making and attending to calls. Children constantly ape their parents and surroundings.

While driving or walking, keep smartphones in external bags or covers instead of in the pockets of your  clothing.

If you are on a leisure trip or vacation, don’t carry your phones with you. Leave them behind and feel the  difference.

Turn off Bluetooth at all times except when in use.

A year ago, I was quite closed to the idea of WhatsApp, Facebook and other public forums because I felt they were an intrusion into my privacy and a sheer waste of time. But that is one extreme, while addiction to these gadgets and social apps is another. The drawback of technology lies in its misuse. Kate Unsworth, the CEO of Kovert Designs, who initiated the research on the team of entrepreneurs in Morocco, puts it so well: “It will take more than just individuals unplugging periodically. It will take a change in social values and etiquette.”

The myth of the fragile heart

Love alone can save the world