ALANDA GREENE is an avid gardener from British Columbia, Canada. She explores the natural cycles of birth, life and death and what we can all learn from the plants around us.

My hands are busy in the dirt as I dig holes for daffodil and hyacinth bulbs. I plant the bulbs to surround a grey standing rock that marks my father-in-law’s newly placed ashes.

Here, when it is spring, fresh green sprouts of grass emerge along the cliff edge. They entice the deer to forsake winter shyness, to forage in clear view. Deep violet and golden crocuses have returned with the new grass many times. Now larger blossoms will join them around the rock, which sits perched on a ridge at the cliff’s edge. I raise my head from planting to see the lake below and the grey-blue mountains across the valley, wrapped with woolly strands of cloud. I imagine how this scene changes through the seasons. But I do not imagine seeing my father-in-law again. This finality is the hardest part to grasp. My thoughts turn instead to the flowers and how they will please him.

I place each bulb carefully, noting that the dirt is pale and sandy, poor in nutrients. The bulbs carry what they need for the spring’s bloom, so I make a promise to later carry to them the compost, garden soil and organic nutrients that will give them what they need to store food to bloom in yet another spring. For now, it is enough to make a start. Not a perfect start. In earlier years, I might have thought that to place and plant the bulbs with proper soil was more than I could do. I would have left it undone. Now, I understand it is enough to make a start.

Years ago, all the soil here was like this pale and rocky earth. Yet today I look across to the garden and see terraces of rich black loam, nurtured and built through season after season of digging organic material into it. Just yesterday I planted garlic in that loam and marvelled at the plenitude of earthworms uncovered with each shovel I turned. They cultivate and enrich the soil. Every fall, the leftover harvest goes back into the ground, or into the compost which I later carry to the garden. The worms thrive and multiply on the decomposing matter and the vegetables just get better each year. Not only is nothing lost, there is a sense of gain. “When have I ever become less by dying?” asked Rumi, the renowned Persian poet of the twelfth century. The garden becomes more and more. It’s easy for me to grasp it here and to understand the cycles.

Today I look across to the garden and see terraces of rich black loam,
nurtured and built through season after season…

Earlier today I gathered dill seeds from the now brown flower heads that spray like fireworks frozen in time. Many seasons ago, I planted the ancestors of this dill. Each year, seeds fall and sit in the soil all winter, covered by snow. In spring, when grass shoots are pleasing deer on the cliff, the delicate fernlike fronds of dill emerge also, in places that leave me wondering if the seeds move around from bed to bed under the snow. All summer dill grows between the potatoes, cauliflower and calendula. I snip the leaves to make small freezer packages whose distinct flavour will enliven winter meals with garden memories. The seeds season soups and stews when I manage to gather them before they fall to the dirt. These plants today are at their natural end and I dig what is left back into the earth.

At times, I have been reluctant to cut down plants until they have ‘run their course.’ A few years ago, when the autumn temperatures stayed warm long beyond the usual, I kept harvesting tomatoes as they reddened on the vines. At last, realising that little time remained to finish the garden work before the winter snows, I breathed deeply and headed to the tomato patch to pick the last of the fruit and dig in what remained. These plants had produced all summer in prolific quantities. I felt as if I was betraying their efforts by cutting them down before they finished their cycle naturally. But when the process began I felt relief. The feeling penetrated my mind as clearly as the pungent scent of tomatoes penetrated my nostrils. It had never occurred to me that these plants might be tired and ready to have their work finished. Since then, I watch for signs that a plant is weakening, its leaves becoming pale or small, and take that as a signal that the plant is ready to nourish the worms at its roots.

My friend has a great-aunt who is one hundred and four. She is frail. All of her close friends have long ago died. She says, “I don’t know why I am still here. I don’t know why I can’t die.” Like the tomatoes, she is ready to go. She anticipates relief. But the willing embrace of death seems rare in humans. My father-in-law feared death. He sought repeated reassurances from his doctor that his problem would be healed. He did not meet death willingly.

Everything in nature tells me of this
cycle: birth, death, rebirth.
When has it ever been less by dying?

I held my mother in my arms when she took her last rattled and shallow breath. She had been in a coma for three weeks. I felt relief then, too, mixed with grief, a sense of loss, and also doubt. My father had died a few years earlier and I find I often pause to recall them. The pang of missing them, missing their presence in my life, often surprises me. My dill will grow again each spring, recognisable and connected to the dill of other years. I will not see my parents in any recognisable form again. I will not see my father-in-law.

A story about Ramana Maharshi claims that when he was sick and obviously dying, his disciples gathered around him, crying and begging of him, “Babuji, do not leave us.”
“Don’t be silly,” he laughed. “Where would I go?”

His perspective on dying was different than that of his disciples, or mine about my parents’ death, my father-in-law’s, or the anticipated deaths of those I love and cherish. What is it that Ramana Maharshi understood about his death that let him be light-hearted with his grieving followers? What did my father-in-law not know? Where did my mother’s fear of death come from, before she slipped into her coma?

The bulbs are planted, covered with earth patted firmly and carefully around the rock. My eyes sting from insect bites and tears. The beauty of the coming spring blossoms feels like a fitting tribute. These flowers will bloom season after season. The nearly empty garden, the dried and brown grasses, will surge again in new life. Everything in nature tells me of this cycle: birth, death, rebirth. When has it ever been less by dying?

Article and photography by ALANDA GREENE 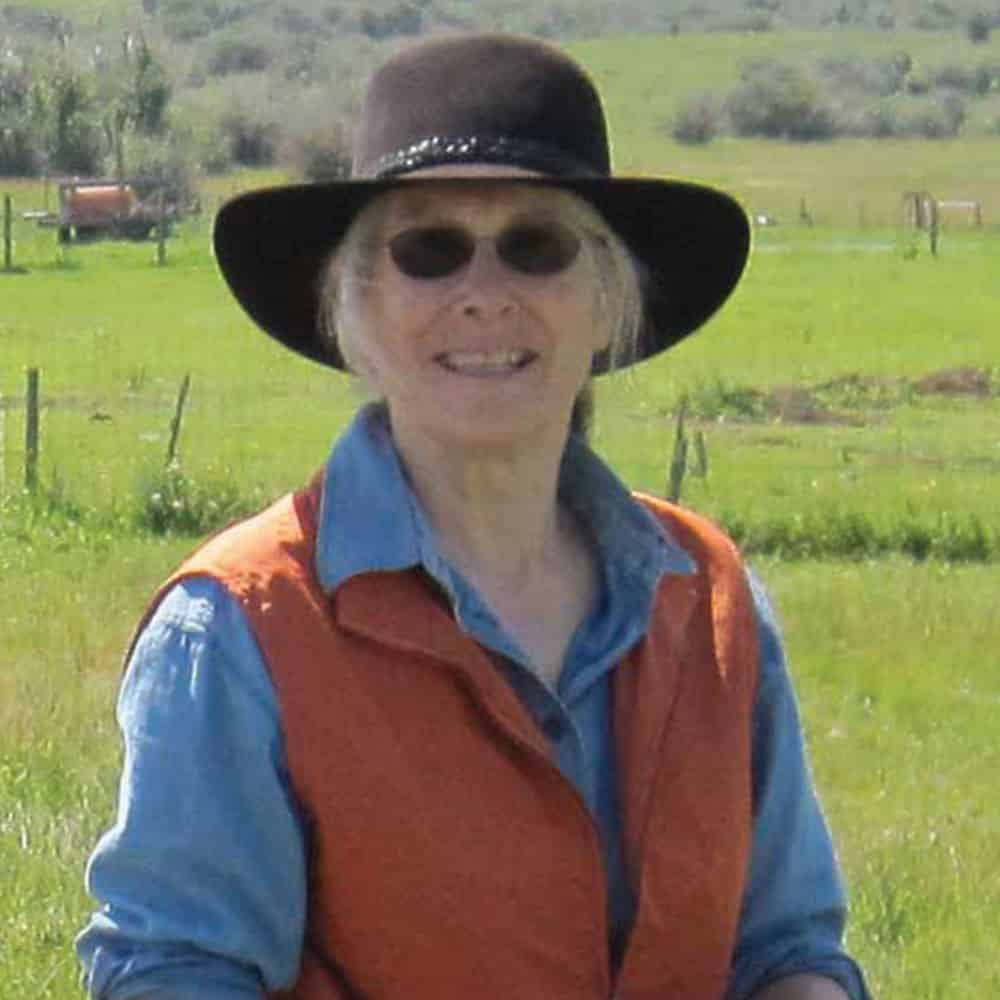