Clinical psychologist, Dr HESTER O CONNOR, offers some insights into keys aspects of having a good relationship with your teenage children.

Did it ever occur to you why flight attendants suggest before take-off, “In the event of an emergency put on your own oxygen mask first before you assist others?” On reflection it is obvious that you will be able to help others in an emergency if your own oxygen supply is stabilised. Similarly, it is important as a parent to try to stay calm during the inevitable turbulence of adolescence when your teenager children assert their autonomy and strive for independence.

A NARRATIVE:
ANNA’S PLAN FOR A SLEEPOVER

It’s summer holidays and twelve-year old Anna says she is staying over at Poppy’s house tonight. Anna’s mum Judy doesn’t feel comfortable with Poppy’s family, so Judy says, “No”. A row breaks out. Anna finally calls her mum a ‘fat ….’ and leaves the room banging the door. Judy starts feeling very conscious of her weight, and wants to tell Anna exactly what she thinks of her in this very moment.

Anna sits in her room sobbing. She feels confused, misunderstood and totally overwhelmed by life right now. She does not know why she feels so bad, but she just feels like trashing things. Judy calls out to Anna that she is taking Beanie the dog for a short walk. She does this to draw breath. Judy feels sad, wounded and fearful but decides to respond to what it must feel like for Anna right now.

She wants to give them both space, and so she texts Anna: “I know how hard and frustrating it must feel for you when I say no, but maybe later when we have both calmed down we can have a chat.” Judy plans to explain why she is not happy for Anna to go to Poppy’s for a sleepover.

It is important as a parent to try to stay calm
during the inevitable turbulence of adolescence
when your teenager children assert their autonomy
and strive for independence.

In this little story there are a few key elements at play. Anna has gone into fight or flight mode. Fight or flight is what happens instantaneously when we have a response of deep fear to any situation. We are hard wired as humans to have the fight or flight response to protect us when faced with a real threat, such as being chased by a wild animal.

Many of us go into fight or flight mode several times a day in the face of minor challenges, such as getting stuck in traffic. We over-respond because our bodies don’t know the difference between the traffic and being attacked by a tiger! They gear up to protect us from real danger.

Anna finds herself in a state of heightened awareness, she is fearful and she reacts as if she is under real threat by attacking her mother with strong words. It is very confusing for most of us to know what is going in moments like this.

We are hard wired as humans to have the fight or flight response
to protect us when faced with a real threat,
such as being chased by a wild animal.

Initially Judy responds in a similar way to Anna and her own fight or flight response is also triggered by Anna’s anger. Judy does something different though: she catches herself and chooses not to react on impulse, as she remembers that this time a new response is needed. Judy pauses and goes for a short walk. This helps bring harmony with her daughter.

BUILDING A RELATIONSHIP OF TRUST

Let’s see the simple things in Judy response that help build a relationship of trust with Anna:

By letting Anna know she is going for a short walk, Judy communicates that she will be back soon. This communication is very important for twelve-year-old Anna, who fears the intensity of her own anger.

Although Judy is also feeling fearful, she decides not to retaliate and instead she senses what is needed, calms herself and responds calmly.

If Judy had yelled back or gone out without telling Anna where she was going or when she would come back, Anna would have felt punished by the withdrawal of love and kindness. Her confusion would have deepened, creating distance. But she didn’t.

Judy was also able to stay firm in saying no. By communicating with love rather than automatically falling into defensive mode herself, she kept the relationship open, did not punish Anna, and also was able to explain why she said no, wanting to keep her daughter safe.

WHO CARES FOR THE PARENT?

It is sometimes tough being a parent, and it is vital that you have someone to talk to who will listen to you. Then it is easier to guide your teenager with kindness when challenged by them. Parenting with love and kindness is the base of the security that all children need. 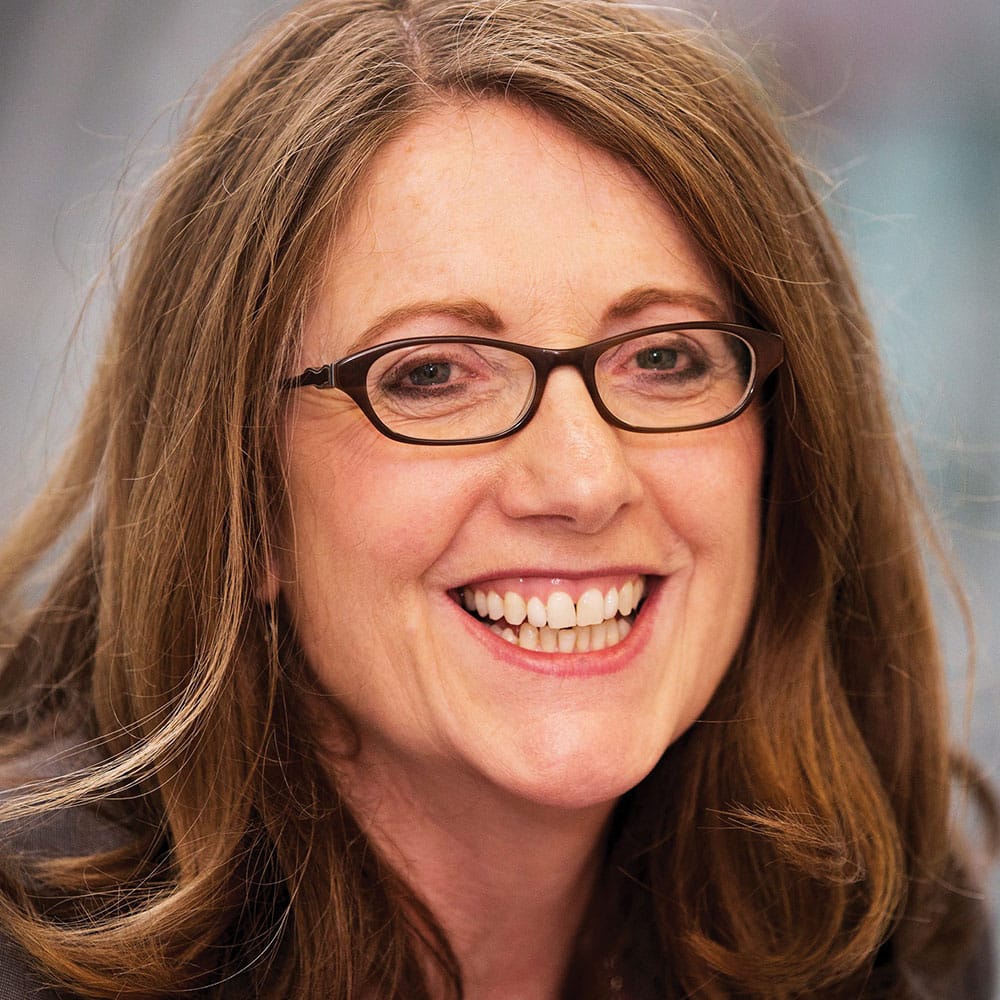 Dr Hester O Connor is a Clinical Psychologist who manages a psychology service in the Irish Health Service. She lives in Wicklow, the Garden of Ireland, loves chatting with friends, drinking Darjeeling tea, and listening to pop music.