Pete, the blower of bubbles – part 2

As Pete continued to make his bubbles lighter, his happiness knew no bounds. He began to explore new possibilities and his bubbles started to take all kinds of shapes – rectangular, octagonal, even square! His ventures did not go well with his neighbors, who did not live in round bubbles; they lived in square boxes. Unable to understand Pete and his bubbles, they began to feel he was becoming a threat, making bubble boxes that were not legal. The square box people discussed the matter among them and the matter started to take on serious proportions. Pete began to be regarded as a dangerous man who could confuse people in making bubbles look like square boxes and who would influence the young ones to think that they too could do anything they wanted.

And so it was decided that Pete, the bubble maker, should be re-educated. To this end, he would be put in a place where he would learn to think the way a box maker should and no longer the way a bubble maker does.

This place was called prison.

In prison, Pete was not allowed to make any big bubbles until he had completed a rehabilitation program, so, being the good man he was, he promised not to. As the days dragged on, Pete began to connect with his fellow prisoners and his kind heart was soon moved by their life stories and laments.

The warden had no idea that Pete could change soap bubbles into bubbly balloons filled with loving thoughts. 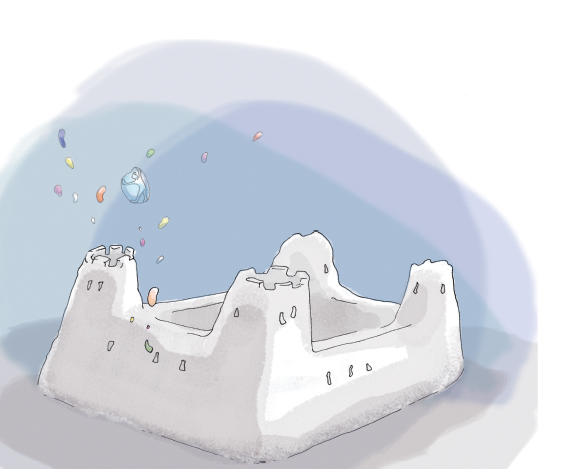 So Pete started making soap bubbles in the prison yard, and he taught the prisoners how to make their own bubbly balloons. The prison guards could not understand why the prisoners were enjoying themselves like kids, making soap bubbles. The prisoners made and tamed their bubbles, and attached pieces of string. Once night had fallen, they filled these bubbly balloons with thoughts of tenderness and love and released them into the sky to the persons they loved. Every bubbly balloon would fly across the sky to the loved person. When pulled down with the string, the bubble would burst and drench that person in a flow of love and tender thoughts the prisoner had sent. Thus it was that Pete spread joy and happiness even in the bleakness of the prison, and it soon became a place of joy.

Yet Pete missed his family and desperately yearned to be with them. His family sent him many messages and one day he received a message that they were going to work out an escape plan for him. He suddenly began to fear for his family. He definitely had to escape, but how? One day as he was staring out of his tiny cell window at the bubbly balloons the prisoners were releasing at night, an idea struck him. He would go back home in a bubbly balloon! He knew he would be breaking 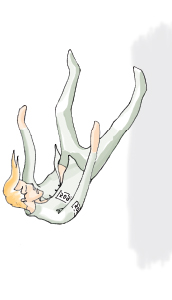 his promise, but worry for his family eclipsed everything else in his mind.

The next day, he set about making a bubble big enough for him to fit inside. That very evening, at the time the bubbles were being launched, he hid within his bubbly balloon, which rose up together with the others. The guards noticed the bigger bubble as sheeny as the rest and smiled, thinking it was just another one of dreamy Pete’s soap bubbles.

Once over the prison walls, the bubbly balloons moved away in different directions. Pete’s bubbly balloon rose higher and higher into the sky. It rose so high that it finally burst and Pete started falling and falling until he reached the ground with a thud. In a state of shock, he opened his eyes, checked his limbs one by one, and found that nothing was broken. He carefully got up and started to look around. Where was he? Where was his house? There was a dry riverbed close by.

After walking for some time along the bed of the river, he caught sight of a shining stone. It was heartshaped and something was written on it: “Where is your prison?”
“Bubbles, boxes: what if they are my prisons?” he thought.
“Right you are, Pete,” a little voice said behind him. “It took you quite some time to figure that out!”
It was the lady who sold the bubbly balloons.

“Well, why did you escape from your prison? You promised to finish the rehabilitation program.”
“How on earth do you know this?” asked Pete.
“Oh, word travels fast, just like your bubby balloon did!” she grinned.
“Anyway, tell me, why did you break your promise? Don’t you trust divine justice?”
“I do believe in divine justice, but men’s justice often does not work accordingly, I’m afraid,” replied Pete.
“Right you are. Yet there is always a reason for whatever happens in this world. The truth is, however, that we cannot understand it. Why did you use your powers to get out of that human prison, instead of having faith in divine protection?”
“I don’t know. It’s an old habit. Whenever people want to lock me up, I want to break free and run away. I cannot stand injustice. I want to feel free.”
“Free! Free from what? You are a slave to your own tendencies when you want to make bubbles at all costs to get out of difficult situations. Then you get into still more difficult ones. Now they will hunt you down even more.”

Pete stood silently. “Thank you. I understand what you are trying to tell me. I must accept and follow the course of events, even though they are beyond my limited comprehension. I will surrender to the local authorities and let the courts decide.” 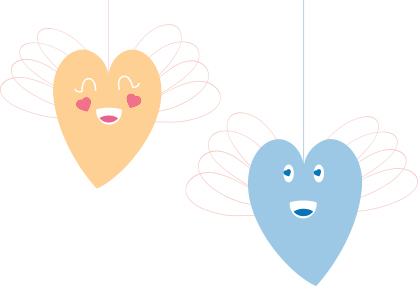 The old lady smiled at him: “When we met for the first time, I told you the secret of making bubbly balloons. Now I’ll tell you another big secret. Go deep into your heart.

Search within for the source of light in your heart and let it fill your whole being. Meditate, over and over again, especially in the mornings before the sunrise, during the stillness of the dawn. Let that subtle light shine out and overflow until it radiates all around you. Then, let it flow still further, embracing your house, your environment, your neighbors, your city, your country, the entire Earth, the moon and the whole solar system, and all the galaxies in the universe and beyond.

“Aren’t you going a bit too far there?”
“Just a little bit, but not that much,” she chuckled. “Our capacities are endless. Yet we let our minds become locked in boxes and bubbles. We believe in many things, and all that limits us. Our hearts is our safest place, within us. It is a place where we love and where we are being loved.

“During your day, when you meet other people, or when you think about someone, you connect a thread of vibration between their hearts and your heart. Your open heart will transform that light into a universal love. Then you will see other threads of loving light come to your heart and make it grow further. Just try, and see what happens!”

“My dear lady,” said Pete, “I see now. I understand now. Thank you for unveiling my eyes. But, all I can think of right now is my family. I don’t think I will ever see them again, for I am lost. How will I ever get back home?” “Hmmm. Why don’t you cross the riverbed just here and walk straight ahead for some time. You will recognize your town very soon.”

Surprised to hear that his home was so near, Pete rushed in joy towards the rocks and started walking. As he turned to thank the old lady, he was startled. She had vanished.

Sure enough, when Pete reached the other bank of the river he saw his town. He was all the time thinking of what the bubbly balloon lady had said. He reached home to find his daughters and wife standing at the door waiting for him. 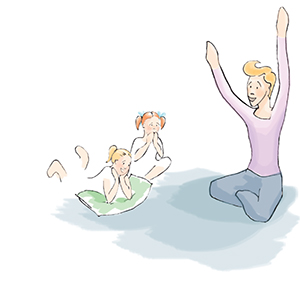 Pete’s life changed and so did he. Often in the winter evenings Pete’s daughters would cajole him to recount his adventures to them. So if ever you meet a short lady who sells balloons on the end of multicoloured strings, and who laughs heartily, approach her and listen to her advice.

And don’t forget to fill your hearts with the softest, subtlest light. In fact, it is already there, you just have to find it!