ANIMESH ANAND explores the nature of cultural differences, how we perceive them, how we transcend them, and how a meditative mind can perceive from a deeper level, avoiding prejudice and bias. This leads to unity amidst the diversity.

Around the time I started meditating, I was studying a particular culture. After I was done with some preliminary reading, it got me thinking, “So how is it that this is so beautiful, but others don’t know about it”? Then, when I read about another culture, I felt the same way. Each of them was so right in their own way. Over a period of three weeks, I felt like I had been two different people!

After a few more meditation sessions, it hit me: It was me who was looking for a side to pick. It wasn’t those books. Those books said to me what they wanted to say. And each one wanted my best, in their own way. My line of questioning changed to: what if everyone’s talking about the same thing, but in a different way? Is there a point of intersection?

Looking at things with a contemplative mind helps you expand your consciousness– your sense of awareness of the things around you and your own self. You see “the bigger picture.”It helps you slow your brain activity. The increased focus helps you really understand what you are looking at. In terms of learning about another culture, it would be: What are you learning? In what context?

Often, we approach a culture, or a faith, with a preconditioned mind. We are born into it, or told that it is the only truth. Our inclination to cultures are deepened by looking at people and the goodness we see in them. That’s a beautiful thing; but we often disregard the fact that we see only a subset of a very large group of people, who are a result of many things – not only their faith, but other factors that are instrumental in bringing about goodness and affecting their choices.

The differences we see in each other are often the result of factors like:

Meditation helps us see that it’s always easier to see the separators than the integrators. They are more frequent, more prominent, and more fact-based, something our minds gather quick. Integrators happen when the mind’s done its work and the heart operates.

Integrators happen when the mind’s done its work
and the heart operates.

After we are done trying to fit another into our pattern of identification – and, in the worst case, failed – we let the heart take over. Imagine if you were lifted from your country and placed in a different country where the language is different. I believe you would pick the language up, eventually. Would you be hungry for long? I don’t think so. You would start communicating, expressing your needs. Others would start responding, and you would develop a sense of how communication takes place in this new culture. How do babies learn a language, anyway?

Contemplation helps us see that the intersections are love, harmony, compassion, and kindness. So-called primitive societies are often limited to such integrators. For more complex societies, we can add intersections like zeal to work, being honest, accepting what is rightfully ours, and rejecting what’s not.

An intersection common to all societies is the realization that we are all born, each of us has a desire to live a peaceful life, and each has wishes, a few of which are going to be met and some are not. Each one of us is going to have a life that’s for themselves and for others. The intersection is love.

Unity comes with a move toward the higher.

Meditation helps us see the higher side. It lets us see the reality among truths. In practical terms, it helps us see the esoteric sides of faiths, which we often tend to miss. While understanding a culture, we are often re-establishing our association with an existing belief system, rather than trying to understand what it really is. Our approach is inherently conformational. Otherwise, the integrators would be more prominent. And our walk toward unity would be faster.

Isn’t it ironic that we are pre-disposed to seeking unity in the material world? Because we have a common material interest. Yet, in our personal world, we have found ways to dissociate from others. The same people we work with, might have a different relevance outside the context of work. Bringing it down to a smaller context, when we have a bad day at work, we are eager to go home. When we have conflict within the family, we want to run to work. Think of it in the simplest context: If you were dying of thirst in the middle of a desert, and someone gave you a glass of water, would you be worried about their culture or their religion? 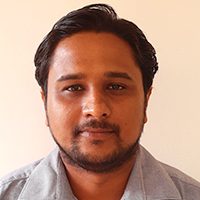 Animesh Anand is an editor, based in Dehradun, India. He loves reading about the spiritual traditions of the world. He also loves music!