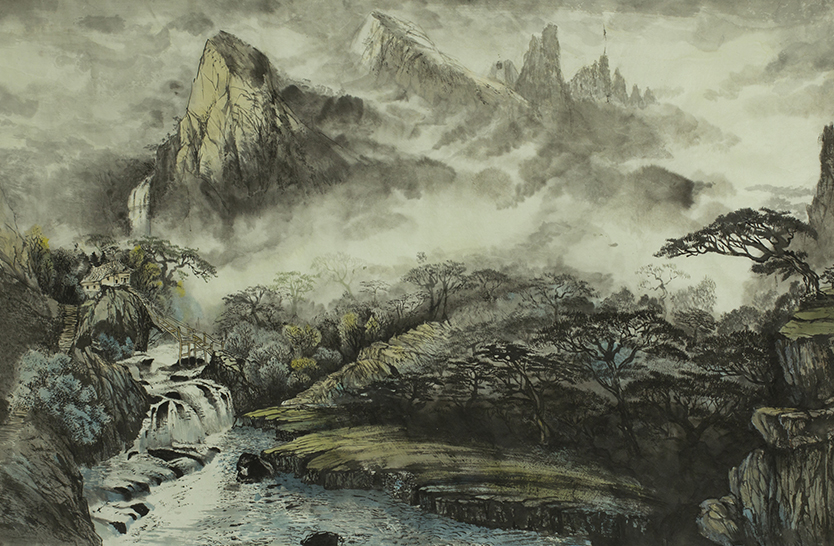 DR ADRIAN COOPER is inspired by mountains. He shares this passion with some of the greatest Chinese philosophers and sages, including Confucius and the Taoists. What do they have to teach us?

Traveling through the beautiful landscapes of China can be one of the most inspiring and life-changing experiences we can encounter. And yet, there is so much about China that is completely alien to the western mind and imagination.

A helpful way to unlock many of the mysteries of Chinese spiritual wisdom is to explore its sacred mountains. Those mountains figure prominently in Chinese art, literature, history, thinking and mystical insight.

The Analects are the most important collection of Confucian teachings.  They frequently make reference to Chinese sacred mountains as sources of life-changing wisdom. The waters which flow down mountain slopes as rivers were regarded as being some of the most enduring of all symbols of renewal, fertility and hope.

Even beyond pure wisdom, Confucius placed the virtue of benevolence as being the pinnacle of being human. That too was inspired by the sacredness of mountains. Confucius justified this belief with his idea that, just as mountains are peerless in their natural and supernatural magnificence, so too is benevolence. These words are from The Analects
(6.21):

The wise take pleasure in water, but the benevolent
in mountains; because wisdom moves about,
but benevolence remains still. Wisdom leads to
happiness; benevolence to a long life.

Taoism is also wise in appreciating the sacredness of Chinese mountains. The Taoist poet Li Po found his greatest inspiration from walking in mountains, seeking solitude, and realizing that it is often necessary to see our daily problems from the benefit of distance. From high in the mountains, our problems can be seen from a completely different perspective. Li Po captured that realization in the following:

Why, you ask, do I live up in these blue mountains?
I smile and do not reply. Leave me in peace.
Peach blossoms drift on waves of flowing water,
There is another sky, another earth, beyond the
world of men.

For Li Po, and other Taoist writers, mountains help us to strip away unnecessary attachments and to concentrate on what is really important.

Up high, all the birds have flown away
A single cloud drifts across the sky
We settle down together, never tiring of each other
Only the two of us: the mountain and I.