DR. ZACH BUSH is a renowned, multi-disciplinary physician and educator on the microbiome as it relates to human health, the environment and our interconnected future. Here he extends this worldview into the spiritual realm and the field of consciousness, so as to co-create a sustainable and regenerative future for all of us, and understand the role of humanity in the greater scheme of things.

Spirituality is one difficult topic to tackle as a human being, let alone try to be some sort of leader in it. I’ve never looked to my own experience or knowledge base to think of myself as a leader in any sort of spiritual content. I never really dove into spirituality thinking that this was going to be an area of focus for me. It’s just percolated up through the rest of my experience and pursuits.

The deeper I’ve gotten into science, medical and otherwise, the more I find that the template of nature itself speaks to some greater design, some deep fundamental truths that are echoed from the most microscopic to the most macroscopic things we see us, from the tiny viruses that would inhabit a body to the universe itself. The scale is truly extraordinary. And in recent years, the scientific literature has introduced us to The Universal Scalability Law. That law shows that the mathematical scale between the universe itself and the tiniest particles we’ve ever measured in physics – the tiniest being the vibration of the electromagnetic field in a vacuum, called Planck’s constant – is laid in half, cut in half in its dimensions by human biology.

What do I mean by that? Extraordinarily, we sit at the center point mathematically between the tiniest thing and the largest thing that has ever been witnessed by humans in the universe. Somehow, we sit at the center point, the event horizon, the center point of the universe, which means that as we look through telescopes out through the billions of stars that would make up our galaxy, and then past that to the billions of galaxies that would make up the universe, that telescope expands to the very edges of the universe. You would have to turn that telescope around into your hand or into your chest, and then look just as deep into that physical space to find the exact same depth, the exact same complexity and scale.

We sit at the center point of the vast universe within and the vast universe without. It must not be an accident. We have the ability to observe both, to be witness to both the grandeur within and the grandeur without. And for that reason, I think we’re called into relationship with nature, not to demand something of it, not to control it, but to simply be a grateful and loving witness to miraculous nature, without and within.

The spirituality I’ve come to really embrace is one of understanding of singularity and diversity, this extraordinary truth that it is only in our own self-identity that we can find our role and our relationship, in that singularity, to the entire universe without and within.

We stand at a powerful place in mathematical scale. We stand at a tipping point between the grandiose and the minuscule. We can manifest the very intention of life, which is nature around us and within us. I want human consciousness to rise, so that as we improve our understanding of human health and push the boundaries of longevity and reverse the chronic disease epidemics around us, we don’t continue to participate in speed, the demise of our species, and the destruction of our planet.

The rise of consciousness needs to be such that we don’t just improve human health, but come to understand our human relationship to the universe at large, inside and outside of us. I’m excited for us to have dialogues towards this end, in the medical environment, the scientific world, and most of all, perhaps, in the consumer world. 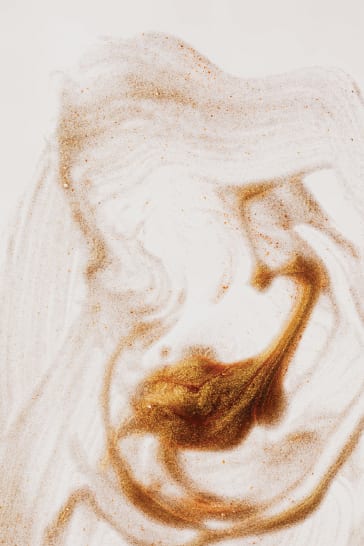 The spirituality I’ve come to really embrace is one of understanding of singularity and diversity, this extraordinary truth that it is only in our own self-identity that we can find our role and our relationship, in that singularity, to the entire universe without and within.

As consumers, each of us can see this world differently as we come to see our role. You did not show up by accident. Seven billion souls have leapt into these bodies at this moment in human history. We find ourselves to be at the tipping point, with maybe 60 or 70 years left of human life on Earth. That’s an extraordinarily bizarre and terrifying fact. And yet I look at my children and I see the purpose and passion within them. My son is an engineer, brilliant in his excitement at co-creating in the universe. My daughter, so expressive in her creative capacity as a performer, and she is in New York City now enjoying this incredible culture of creative arts. I see both of them and I have hope. Souls are still jumping into bodies with great purpose, and a sense of joy, and a sense of hope for the future.

I have trust in the wisdom and expectation of those souls that somehow, within the next couple of decades, humanity’s consciousness rises. And thus we can become the very pinnacle of transformation on this planet; so that we can be part of that solution-based transformation to co-create with Mother Earth for a sustainable and regenerative future for mankind.

We need to debunk the fear and guilt of spirituality that’s been built into our religious constructs, and really come to see that we are all on one small blue dot in this vast expanse of vacuum space of the universe. We are singular here, we’re singular in our homes, and in our opportunity to live in a healthy, cooperative environment with the rest of humanity, such that we participate with the greater ecosystem in nature to manifest the face of what we might call God, we might call spirituality, or we might call the Universe. We can be a part of that in a healthy and synergistic fashion.

I’m excited to continue to engage with all of you, so please get back to us through the social media environments, not just to reach me but to reach all of us who would be drawn to an environment like this. Be inspired to think collectively together in a new fashion so that we overcome the fear and guilt and the psychosis of our political structures, our social structures, our religious structures, and really start to understand humanity and its proper position in the universe itself. 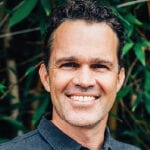 Zach is a multi-disciplinary physician of internal medicine, endocrinology, and hospice care, and founder of Farmer’s Footprint. He is also an educator and thought leader on the microbiome, as it relates to human health, soil health, food systems and a regenerative future.