Between stimulus and response – part 2

In Part 1, DR DOTY explored the evolutionary advantage of compassion in human beings and its relationship with our physiological responses. In Part 2, he takes us further into aspects of human behavior that relate to compassion and collective social issues. …

JD: Another one of those collective social issues is this inherent desire to be tribal  in  nature, and  again, there is an 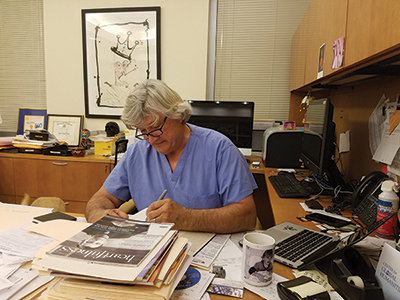 evolutionary reason. We talked about hunter-gatherer tribes as our primary survival strategy and we know that people tend to gather or connect with others who look like them, act like them and share the same socio-economic status, culture, religion and color. Why? When you are with people who are like you, what happens? Your sense of fear, anxiety or threat diminishes.

The problem is that this type of interaction can act as an echo chamber to reinforce negative behavior or a perception of fear or threat, which results in you being closed to the opinions of other people and groups. Or you may feel a desire to eliminate them because of this false notion that they are going to threaten your existence. It is often a self- fulfilling prophecy. This is a natural state of being, unfortunately; we know that it can be activated and we have seen this happen. You  alluded  to  the political environment, where you see groups stoking fear and anxiety to engage this primitive part of us that responds to fear or threat. This results in individuals identifying with groups that think or act like them in the false notion that this is protecting them.

Politicians and others have used this reality for their own purposes for millennia. The problem is that it is not a long-term survival strategy, and it is certainly not a long-term solution in the context of our modern global society; the reality is that what happens in one part of the world can profoundly affect another part of the world. We are no longer in this position of small hunter-gatherer tribes where we can engage in conflict in small areas and have no big effect on the rest of the  world.

Frankly, our survival demands that we gain self-awareness of these issues. We need to understand this reality and also that, in fact, there are resources for all. If we change our behavior, look into ourselves, and understand the negative attributes that we have, and our biases toward others – we call these cognitive biases – it can actually lead to a society that works for everyone’s benefit, in which we care for those who look and act like us, our tribe if you will, and also care for others outside our close-knit group.

Dr James Doty is the author of Into The Magic Shop: A Neurosurgeon’s Quest to Discover the Mysteries of the Brain and the Secrets of the Heart (Avery, 2016) and is co-founder of the Center for Compassion & Altruism Research & Education (CCARE) at Stanford  University in Palo Alto, California, USA.

John Malkin is a journalist and musician living in Santa Cruz, California where he also hosts radio programs on Free Radio Santa Cruz and KZSC.

The art of pretending

What lights you up?