In the South of India is a place steeped in the mythology of one of the greatest epic tales known to humanity, the Ramayana. In this tale, Lord Ram rescues his chaste and pure wife Sita from the clutches of the dark lord Ravana of Lanka, and to do so he and his band of heroes build the famous bridge from the Indian mainland through the island of Rameswaram to Lanka.

Legend has it that, after killing Ravana and returning to Rameswaram with Sita, he worshipped Lord Shiva, and a temple was built around this spot. It is a site of pilgrimage for devotees from around the world. The site is also considered sacred because of the confluence of the waters of the Bay of Bengal and the Indian Ocean.

In July 2015, BHARATH KRISHNA visited this unique place. He shares with us his impressions of the beauty, the devastation and the history of the region. Seeing his photos, there is a definite feeling that this place has never really recovered from that epic battle.

For many years I have wanted to come here, as it is near my parents’ place. I had seen pictures of the immense bridges from the mainland to the island, but coming here is a different experience. I am impressed by the power of Nature. It is so windy. The wind on the Indira Gandhi Bridge can knock you off if you don’t hold tightly to the handrail.

It is also a surreal experience with the calm waters of the Bay of Bengal on one side and the turbulent waves of the Indian Ocean on the other.

Dhanushkodi was a thriving trading centre at the southern tip of the island until a cyclone in 1964 destroyed the town. At one time the train went right to the end of the island, but now Dhanushkodi can only be reached by 4-wheel drive, minivan, or by foot.

I walked all the way to Dhanushkodi, and it was like a dark journey with eagles flying around the ruins of old boats and thorny shrubs that are dotted across the hard, dry, desolate, sandy ground. 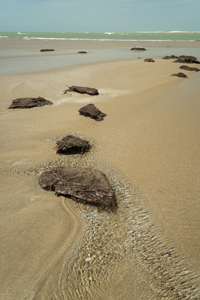 The locals tell stories with tears in their eyes of the devastation of the 1964 cyclone. Today there is still no electricity in Dhanushkodi. In the evening, the children of the hundred or so families who still live there walk the three kilometres back across the island to their village at the narrow tip.

The town itself is also full of ruins – the old police station, the houses and the shops that now are only full of old memories. There is also the ruin of a church that was built only from shells for this predominantly Christian community.

Still, Nature is beautiful here, and the pristine clear waters of the Bay of Bengal are also home to large rock-like sponges that are strewn all over the sand. The locals tell that during Lord Ram’s time, these ‘stones’ floated after they wrote his name on each one and were thus used to create the famous bridge to Lanka. 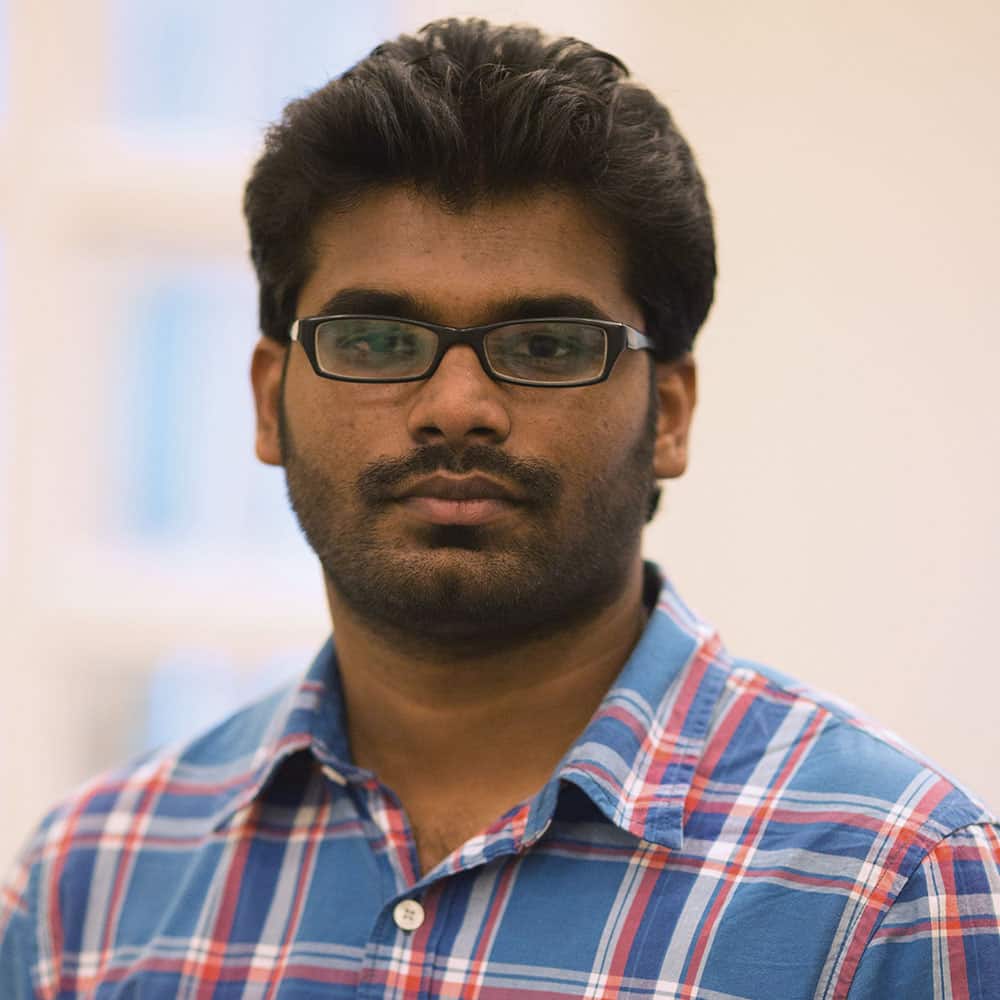 Bharath Krishna is an ongoing contributor to the Heartfulness Magazine. His photographic work is featured on the cover of Issue 2. Krishna started his academic career as an Engineering student, but life led him to a Master’s degree in Photography, and a deep love for capturing the whispered moments. See more of his work at:... Read more