Home› It changes everything› The everything option

MICHAEL RICHARDSON celebrates the miraculous nature of our everyday existence and explores the reasons why we are not attuned to the miracles all around us in every moment. He encourages us to open our eyes to the miracle-nature of all things.

Einstein framed it with his characteristic elegant logic: “There are only two ways to live your life: as though nothing is a miracle, or as though everything is a miracle.” If indeed Einstein actually said this, his use of “as though” was a careful hedge for a scientist – he didn’t come across as being too far out. To flesh out the two options:

The universe is unfolding deterministically and mechanically, highly limited in its possibilities and meanings. What we see is pretty much what there is, everywhere. We’ve discovered nearly all there is to discover. There’s no divinity. This is the official belief system of institutional science and business.

Despite mechanistic appearances, the fabric of reality is organic, inexplicably saturated with love and many other multi-dimensional qualities, unlimited in possibility and meaning. There is serendipity and synchronicity. Things are mysteriously interconnected, and there’s a sweet, divine presence at the heart of it all – something we often detect in our own hearts.

The “everything option” is exciting because it means the miracle-ness is constant, ubiquitous, always at hand. It’s not about believing that “a miracle” might happen once in a while; it’s the whole shooting match! A miraculous aspect to all things sits in plain sight and yet it’s strangely overlooked – as a matter of faulty perception, or a sort of fatigue, or a lack of hope.

Integral in Einstein’s thought is the idea of living your life as if the wonder and amazement need to be honored, followed through. Either you see that all things are actually miraculous and it affects you deeply – and you change – or you don’t. We should be floored and flabbergasted at amazing things like our eyes, Jupiter, the beauty of a piece of music.

Either you see that all things are actually miraculous
and it affects you deeply – and you change – or you don’t.
We should be floored and flabbergasted at amazing things
like our eyes, Jupiter, the beauty of a piece of music.

Yes, but then we should also be agitated, moved, inspired to act or change.

What are we supposed to do with this endless roll of miracles? We’d like to believe big, but we don’t want to worry our family with constant exuberance and cosmic theories. Then we tend to lose the feeling when we’re wresting food out of the garbage disposal or doing taxes. Besides, many educated people, including many prominent scientists, seem to agree with option 1. Can they really all be wrong? Perhaps the reason we don’t feel it is because we don’t feel we can live it.

The religions have their fingerprints all over this mix-up. Christianity, Buddhism, Hinduism, Judaism and Islam all have presented miracles as special, rare moments. Supernatural power – involving human will – is supposed to be accessible only to the anointed and enlightened. From Krishna lifting mountains, to Jesus raising the dead, to the Prophet Mohammed quenching the thirst of armies, tales of healing and death-defying, told over and over, seem almost like advertising. Set into the concrete of scripture, they seem like photographs from which a very important context has been cropped out. Religions often present themselves as exclusive gateways to divine power, but then we are all bereft of God until maybe a miracle comes. It’s worth noting, too, that teachers like Jesus and Gautama were incredibly powerful and extraordinarily gifted, but the vibrational character of these teachers could not be written down.

In the religion of modern secularism, the Big Bang and the first cellular life shine as great moments of awesome origin and wonder, but most people today believe that (after some possible divine huffing and puffing) matter and life have merely played out in fascinating, but nevertheless mechanical and predictable ways, ways, according to evolution. Just as in the other religions, something profoundly sacred and awe-inspiring became flattened as it was institutionalized, as theories and equations were put in textbooks, this new, even more inscrutable scripture.

We’ve been led to believe that things like the gorgeous cycle of romantic love and sex and reproduction and birth – clearly miraculous and inherently sacred – are either sinful or trite, or just mechanisms owing themselves to evolutionary processes. If there is potential for a consciousness of the sacred, of the precious beauty of each moment, for most people it is drained or discharged. Just keep slogging along through this vast desert. Some miracle will come! Pray! 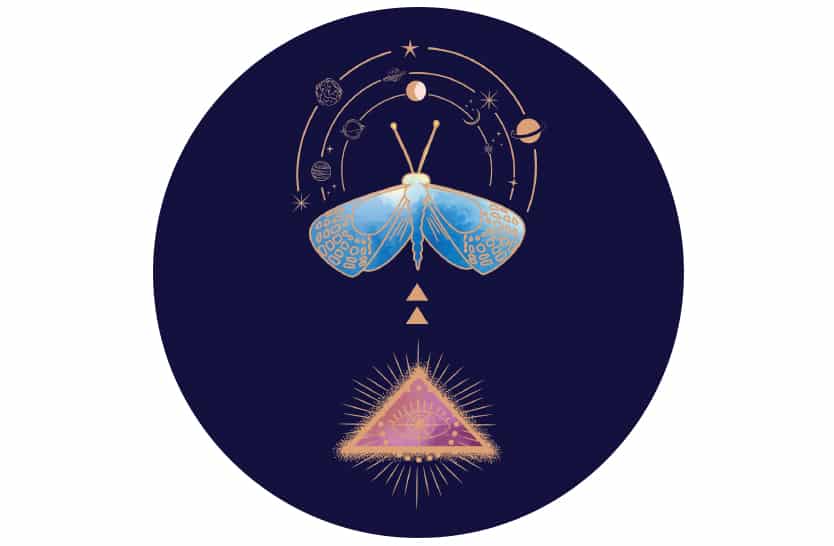 But look at your hands praying. Miracles. Your lips and your tongue as you speak. Your ears. Miracles. Devote your attention to any three year old playing for a few minutes. The universe is banging away as big as ever, pumping out endless gigatons of babies, birds, butterflies, flowers and sweet nectar, but we blithely opine that the moment is outside of creation, just being played like a recording.

If there’s a height from which to experience the unity of things, a place where the self coincidentally dissolves, where a light of love enters us, most of our tools and partners and methods (Ayahuasca, holotropic breathing, heart attacks etc.) act like helicopters, taking us part way up, or even very close to the top. But even as we may be elevated, without an intelligible perception of the why of this fantastic unity, without a way to become anchored there, based in reason, we will tend to gravitate – slide, roll, crash, and stumble – back down, back to the humdrum ground state of the classic self.

The crazy thing about the miracle-nature of all things is how tragically obvious it is; but we are incredulous to the obviousness. It can’t be, we say. That would be too easy. We should have to pay for it or read many books. It should be exclusive. Maybe it’s not.