The field of consciousness

JAMES JOSEPH gives us an inspiring bird’s eye perspective on consciousness, relating ancient and modern, spiritual and scientific, experiential and theoretical, and individual and collective.

Whenever I think of consciousness, I am reminded of the story of the little fish that lived with his mother in the deep ocean. One day, while playing with his friends, he was approached by a stranger who told them stories about the mighty blue ocean and the enormous amount of water it contained. The water was cool, refreshing and life giving. It was the first time the little fish and his friends had heard about water and the mighty ocean. While swimming back to his mother, the little one told himself that he would not rest till he had tasted the cool, refreshing water of the mighty ocean. Little did he realize that all his life he had been living there!

Despite serious interest in the last few decades, it is generally accepted that consciousness remains a mystery to science. Though many definitions of consciousness have emerged over time, none of them seem to capture the complete picture. Neuroscience has made impressive strides in locating and mapping the regions of the brain associated with thoughts, memories, emotions and even self-awareness, to an extent. The emergence of Artificial Intelligence has created a sense of urgency, not only in the academic community but also in the media, to develop a greater understanding of consciousness. It is clearly established that machines can compute better than humans. The million-dollar question is: Can machines become conscious? Most people think that it is only a matter of time before machines will take over. This has spawned many doomsday theories surpassing even alien invasion. Another related area is ‘genome editing’ which is creating a mixed reaction in the minds of the general public. Are we at the cusp of creating a new species by attempting to alter DNA? Are we playing dangerous games with nature that will end up creating monsters?

I will attempt to present some ideas about consciousness from the inside out. The ancient traditions have already dealt with this subject in a comprehensive way, and there is nothing much to add. However, what has been passed on is knowledge in a theoretical sense. Mere parroting of revealed knowledge gets us nowhere unless we make an attempt to traverse the inner path the wise ones have traveled, making that knowledge our own.

The emergence of individuals and institutions
that promote and support the evolution of
individual and collective consciousness
is proof that consciousness is alive
and well and creating a stir in the human heart.

Much of what science has begun to understand about consciousness has already been mapped and codified by ancient spiritual scientists, such as the Vedic seers. The most comprehensive map of consciousness has, however, been passed on to us by the great 20th century yogic Master, Ram Chandra, also known as Babuji, through his writings and oral teachings. In a recent book, Designing Destiny, Kamlesh Patel (Daaji) has presented some of these teachings and also added his own research on all matters related to the evolution of consciousness.

But these writings of the yogic Masters are only signposts. All serious students of consciousness have to undertake the journey for themselves. This is the ancient way – the contemplative journey informed by intuition, insight and the helping hand of the great ones who have traversed that path.

The first step in this journey is to go beyond the realm of matter (Maya) through a series of steps into the quantum field of the mind. For this we have to overcome both the weak force – the gravity created by likes and dislikes, attachments and aversions – as well as the strong force – the quantum force exerted by ego identification and conditioning. This is achieved through the process of retracing the path of descent taken at the time of creation.

We use the mind as the vehicle for this journey back home. Our will is the impelling force that powers this vehicle. As we traverse the realm of material manifestation into the realm of the quantum field of the mind, we realize that both matter and mind emanate or co-emerge from the field of consciousness.

Explained in a simple way, behind matter there is mind.
The mind has many layers. The outer layer is conditioned
or programmed, and beyond the conditioned mind
is the pure mind. Behind the pure mind is consciousness.
Behind consciousness is the field of potentiality
and behind that is the sphere of the Absolute.

Explained in a simple way, behind matter there is mind. The mind has many layers. The outer layer is conditioned or programmed, and beyond the conditioned mind is the pure mind. Behind the pure mind is consciousness. Behind consciousness is the field of potentiality and behind that is the sphere of the Absolute.

It is not possible to understand consciousness in its entirety through the instrument of the mind, as consciousness extends beyond the shores of thought. What is required is a purified perception or direct perception. So it is possible that there is no direct correlate of consciousness in the human brain. Hence consciousness may never reveal itself to science as long as science remains confined to the realm of matter.

Consciousness itself has many layers and becomes more and more subtle as it approaches the Absolute. It pervades everything in creation, animate and inanimate. In matter, which is energy in a frozen state, it exists in a dormant state. It is what animates the mind and all its constituents such as the ego, the intellect and the thinking faculty. In a sense it holds the code for the whole of creation. It is the repository of the blueprint for everything that is manifest and unmanifest in creation. Consciousness is part of our everyday life. We interact with it every moment. It animates our senses. It is what enables the eye to see and the ear to hear. It is what makes us self-aware. It is what helps us focus our attention.

So why is consciousness relevant in our human existence? It is now widely accepted that the human being is the most evolved of the sentient beings. From the perspective of consciousness, humans have ascended the highest rung of the ladder of consciousness so far. This level of evolution is etched and coded in our DNA. According to the Heartfulness Guides, human beings have reached such a stage of ascent that it is possible to complete the journey of evolution in one lifetime through a quantum leap in consciousness. 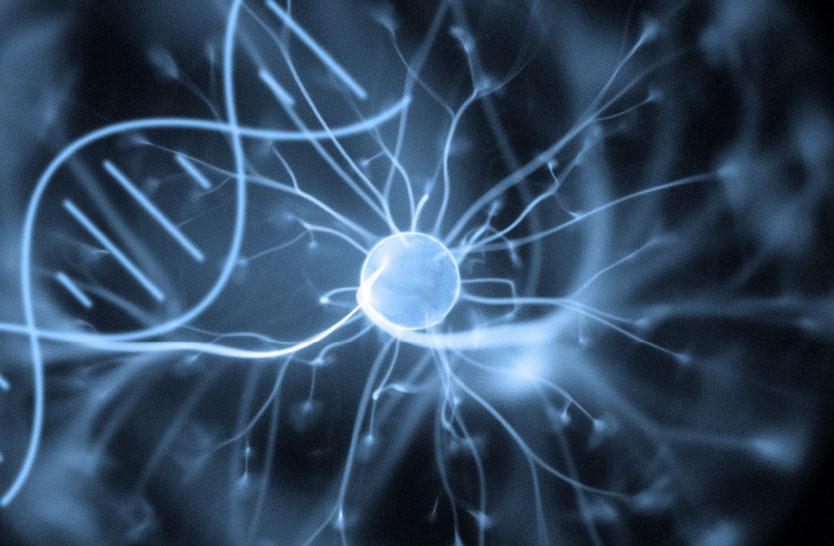 While each one of us, by virtue of our DNA, has the potential to make the great leap, the actual progress is determined by the level of our collective consciousness. In reality it is a collective leap and this collective leap is greatly enabled by individual efforts.

To understand this requires a paradigm shift. In our current paradigm, each one of us perceives our self as an individual point of awareness existing in a space-time continuum. We are limited by the belief that we are individual entities living in our own little bubbles alongside that of others. Our point of reference is our physical body in space and time. We believe that we each have a soul that resides in the physical body. At the time of death, the soul leaves the body and goes back to base.

In the new paradigm we see ourselves as part of the whole. This can be understood if we imagine that we are each a television set that receives the programs broadcasted by one TV station. We have antennae that can pick up the signals sent by the station. Cutting edge research in epigenetics is helping to define this new paradigm, in which the Self does not reside inside the physical body. Our DNA has protein antennae that receive the signals from the Source. We exist in a sea of consciousness. At the time of death, it is the body that leaves us, not vice versa.

This supports the spiritual viewpoint that there is only One and that One manifests through various physical forms. The source is experiencing life through various forms and all that experience is captured in the consciousness of the Source, of which we are an individual but integral part. We are connected to the collective consciousness through the portal of our heart, which is the instrument of consciousness.

So when we have this idea that we are not individual beings struggling through life, but the Great Spirit, the Absolute, manifesting itself through various forms both animate and inanimate, it is a sign of enlightened awakening. This awakening is what helps us remove our likes and dislikes, attachments and aversions, so that we live in harmony with our fellow beings, in tune with Nature. It is also what inspires us to raise our vibration by living a life of virtue, and help to awaken others within our sphere of influence.

When we imbibe these qualities of consciousness
in various stages of enlightenment,
and manifest them in our day-to-day living,
we raise our own vibration and that of humanity as a whole.
This then contributes to the evolution of the
collective consciousness of humankind and of all creation.

What is most important to remember is that the vibratory level of the planet and the universe cannot be raised by meditation alone. Our day-to-day living has to reflect the states of mind that we harvest in meditation. When each one of us manifests our best on a consistent basis, by molding our living to such a high order that we not only inspire ourselves but also inspire others, we change our collective destiny. 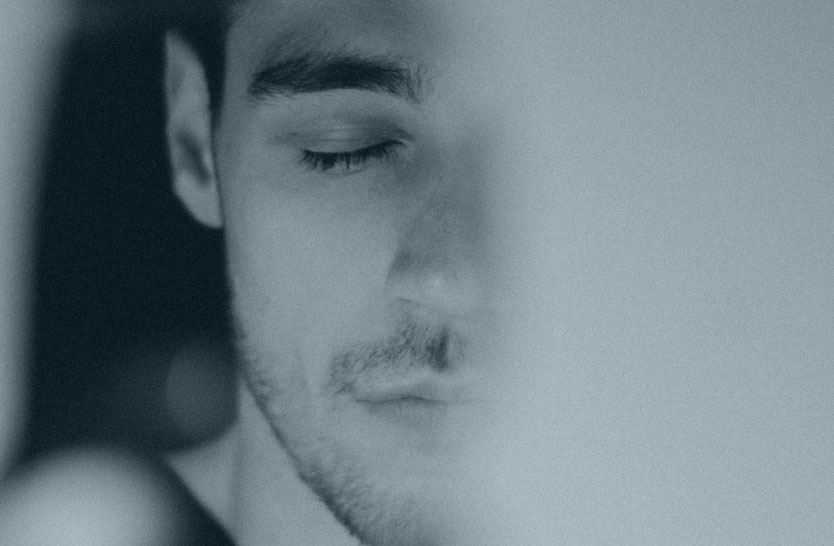 The emergence of individuals and institutions that promote and support the evolution of individual and collective consciousness is proof that consciousness is alive and well and creating a stir in the human heart. We watch with gratitude and wonder as corporations the world over are encouraging their employees to learn and practice meditation. It is also gratifying to see that there is a movement underway to encourage non-profit as well as commercial organizations to embrace the principles and practices of ‘conscious business’.