WAKANYI HOFFMAN is a Global Education Specialist and founder of the African Folktales Project. In part 2 of her interview with SARA BUBBER from the Heartfulness Institute, Wakanyi shares the value of storytelling, passing down wisdom through generations, her Kikuyu culture, and how we are all indigenous global citizens.

We Are All Indigenous Global Citizens – Part 2

Q: A lot of change has taken place from previous times to modern times. But one thing that really stands out as central in this dialogue is storytelling. What is the role of stories in the transfer of wisdom?

Children are like sponges: They are very good at receiving a story, and then interpreting it for themselves and reenacting it. Whenever I hold a storytelling session with a group of children, I will hear the story later on from another child who was not part of the group, because that story was shared. That’s clearly the way we’ve always passed down knowledge. Even in schools, whenever I speak to educators, especially teachers involved in global citizenship education, every single discipline that children are taught in school, whether it is mathematics or science or music or art, is a form of storytelling. If children imagine it as a story, there’s a lot more retention; that has been scientifically proven.

The role of storytelling in passing down wisdom is key to understanding how to do it, and there is no one way that is better than another. Take oral storytelling – I could claim that stories are best told orally, but that’s just one way in which indigenous communities have done it. Now we have other tools, and we can use the digital tools we have. We can use any space in which human beings are gathering to tell stories. We need to open up our minds to what is available to us, and get excited that we can scale the process of telling stories with these tools.

Q: Storytelling has been going on for a long time in oral form. We’d like to know about the oral traditions of Africa.

WH: There are so many! I think I will focus on my own culture. I come from a tribe known as the Kikuyu people of Kenya. The communities of the Kikuyu are based around the mountain region. We border the Masai and other tribes, and there’s a lot of intermarriage. My maternal grandfather was part Masai, so there’s a bit of Masai blood in me.

Some of the oral traditions are reflective of this intermarriage and intercultural exchange, but there are also certain ways of the Kikuyu I can speak to, for example, the oral tradition around naming. We name our children after ancestors; for example, my name, Wakanyi, is my maternal grandmother’s name, and she was named after either her maternal grandmother or paternal grandmother. It really depends on the line and the birth order. I’m the last born, and the second daughter of my mom. My sister is named after my father’s mother. That’s one of the very strict traditions of the Kikuyu culture. You know the birth order and you also know if it’s from your mother’s side or your father’s side.

Our indigenous cultures are so important,
and we need to honor their importance to this world.
They provide the map to show us where we’ve come from,
and where we’re heading.

There’s a creation myth: The first Kikuyu that settled around Mount Kenya climbed up the mountain. From there, he experienced a spiritual awakening by encountering the God of the Kikuyu, and he was presented with a wife. The wife then bore nine daughters, and the nine daughters started the Kikuyu’s nine tribes. We are all descendants of those nine tribes. Depending on your name and your clan, you can trace your ancestors back to one of those daughters.

There’s also a tradition of building houses, which is an interesting one. According to the Kikuyu, a house – a round hut – had to be built in a day. That doesn’t happen anymore, but in the olden times, each hut was built from morning till evening. A lot of organizing had to go on to complete the task. The reason? An incomplete house could invite the wrong kind of energy, evil spirits. To avoid them, you had to build your house, move into it immediately, and begin living in it. Then you’d have the blessing of the right kind of spirits.

There are a lot of stories around ancestors, and how the ancestors live with us, in us, and around us. There’s a lot of respect for ancestors who have departed, as well as rules and ideas about how not to upset the ancestors. You cannot invoke certain names or people in any old way. You must pay your respects to certain people that have passed before you. And the naming culture also has a lot to do with respecting those who have left, and showing the continuation of life, in a reincarnation kind of way.

A lot of traditions are still practiced within modern Kikuyu culture, such as traditions around marriage. When you get engaged, you go back to your home and stay, and perform a ceremony, which is basically a marriage ceremony, before you do the formal modern wedding ceremony.

We’re all living on the same planet.
We are experiencing the same changes,
and the same landscape,
on the whole, and we breathe the same air.
So, I think it is important for us to understand
that we are called to work together
as indigenous citizens of this planet.

Q: As you were talking, it reminded me so much of the similarities in my culture, like what you said about naming. In India, the first son in many cultures is named after the paternal grandfather. Regarding marriage, you cannot marry someone from a certain village because they are your brothers. You should marry someone from seven villages away. These traditions are still followed – the ones with ancestors that live on, and the rites after death, also continue.

As you were talking, the thought that came that these stories are unifying. There are so many things that are similar: The folktales are similar, the rituals are similar, and we all feel a sort of brotherhood. We resonate with each other. The whole circle of storytelling is complete.

WH: I agree completely. Which is why we need to start embracing the idea that we are all indigenous to this world. Our indigenous cultures are so important, and we need to honor their importance to this world. They provide the map to show us where we’ve come from, and where we’re heading. If we ignore this, it’s like taking off to sea without a compass. We don’t know where we’re going.

It’s not to say that we need to be like they used to be, or that they are better than us. There’s no “us” and “them.” We’re all one. Like you say, there are so many similarities that bring us together. There are more similarities than there are differences, and the reason for that is because we have originated from the same kind of indigenous populations. The way to bridge that gap is to tell our stories. And when we find a point of difference, that’s an opportunity to recall a story that might bring about the connection.

It makes me excited to hear that within Indian cultures there are similarities to my own Kikuyu culture. And I know this is true for my own people back in Kenya, where there are 50 to 60 tribes. Within those tribes, there are many ways in which we are interconnected, but we tend to differentiate ourselves based on something as abstract as language. When we overcome the language barrier, we discover that we’ve all intermarried.

We obviously share some of these ideas and ways of being. Ultimately, we’re all living on the same planet. We are experiencing the same changes, and the same landscape, on the whole, and we breathe the same air. So, I think it is important for us to understand that we are called to work together as indigenous citizens of this planet.

Q: I’m so happy to end on the note that stories connect, and we are all indigenous to this planet. Thank you so much for talking with us today. It was wonderful to have you.

WH: It was my pleasure. I hope that we get to talk again sometime soon! 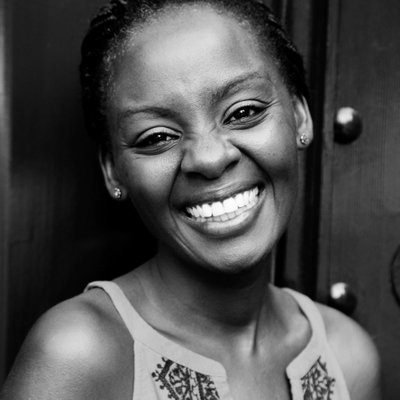 Wakanyi is a Global Education Specialist, writer, editor, storyteller, and founder of the African Folktales Project. The theme of peaceful, cross-cultural cooperation is a common thread in her writing and personal life. For more than a decade she has lived in 7 countries, on 3 continents, as a global nomad, developing a rich intercultural intelligence... Read more