Ten long years had elapsed since Danny had left them. At long last the three brothers met again in Montpellier. They all wept for joy as they hugged affectionately. They looked so different now. Polo was just eighteen and his little dog had become a superb tawny-coated dog. Jack was twenty and lived in the USA, having been given shelter at an old aunt’s. Dan was twenty-two and very tall.

As the three brothers sat in an open-air café, in the generous shade of the big lime tree, Polo told them about his love story with his dog.
“What a beautiful story!” Dan exclaimed, his eyes shining with tears.
Now Polo and Dan looked forward to hearing Jack’s story.
“What happened to you Jack? How is it that you can speak so well and with such remarkable ease?” 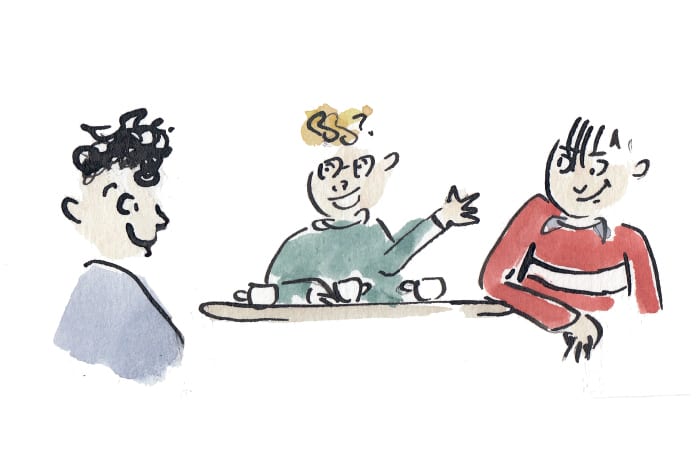 So Jack told them. “After you left, Danny, I prayed a lot. Every day after school, I would ride my old bike and go to the village church in Serverette. There, I would collect my thoughts and meditate in front of the statue of the Black Madonna who inspired so much love. I would beg her to illuminate my path.

“When I was there at the feet of the Madonna, I could feel our mother’s love. My heart would open up, sometimes to the extent of bursting with love, with a pain in my chest. I had the feeling that my heart could greet the whole universe, and I wished I could share it. But how could I? 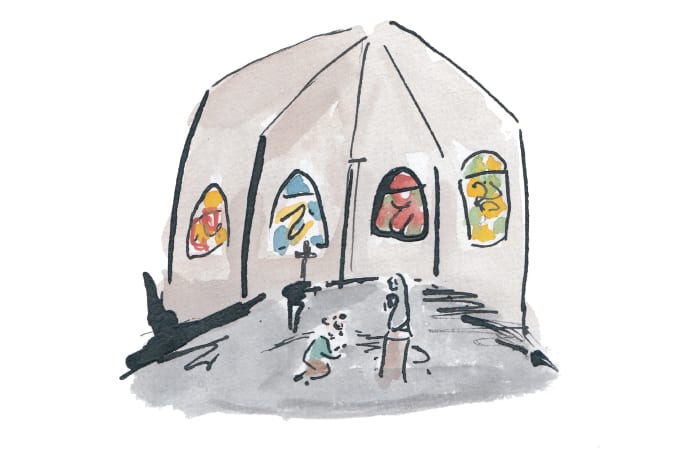 “One evening, as I was praying in front of the Madonna, a sweet voice whispered to me, ‘Human beings have to be told about love. Come here. Climb the pedestal, kiss my lips, and your speech will be released.’
I was so shocked and scared that I ran away. Kissing the Madonna is just not done. The sisters used to say that the statue is sacred and must not be touched. So I rode back home furiously. I was distressed and I began to doubt. Maybe I had imagined it, or was it only my wishful thinking? I wanted so much to be like everyone else. But kissing on the mouth – that would be shameful!

“I did not dare mention the incident to anyone, but in class I kept thinking about it. However hard I tried to concentrate, it was to no avail, as I kept remembering the Madonna’s words which dragged me into a whirlwind.

“I was so afraid that I would cling to anything, to anyone, to any word that could make me forget. The more I clung, the more I would sink. So I shut myself in my bedroom and prayed over and over again. And the more I prayed, the more I could see myself praying, and the deeper I sank. 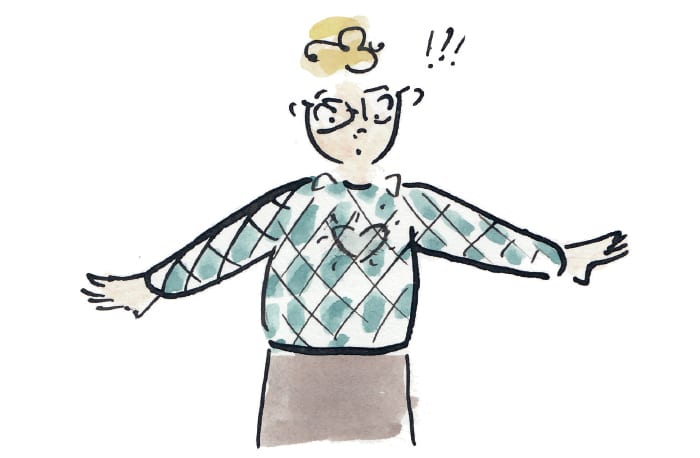 “Then I decided to let it be. If I had to drown, well, I’d drown and never mind. At that very moment something incredible happened. The ball in my chest that was smothering me suddenly went away by itself. I was not sinking after all; I was staying afloat. I even managed to go to the refectory without the fear of whispers. It was like ‘calm out of chaos’. Well, I could still feel some tiny balls in my chest and deep in my throat, but I felt much better. I could listen to my heart. …

Article by PAPIGUY OF MONTPELLIER