Once upon a time, there was a rich, kind and blissful merchant, Boniface, who lived in a village near Montpellier in France. His childhood friend, Philibert, the clog maker, lived at the other end of the village. They were very fond of each other and they really appreciated being together. 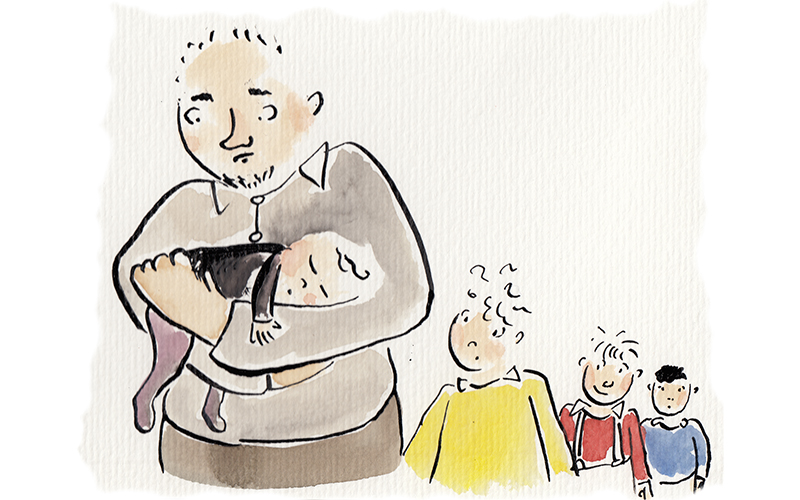 But times were hard for the clog maker, as nobody wanted to wear wooden clogs anymore. His business had declined and he was now as poor as a church mouse. Misery would not leave his door, and he could not feed his twelve children properly.
On the 1 January, his wife gave birth to a new child.

“Now there are too many,” he cried, sitting on his doorstep with his head in both hands, giving way to despair.
Boniface went by and saw that his friend was in tears: “What’s the matter with you Philibert? Should you not rejoice on such a day?”
“No, Boniface,” the clog maker sighed, “I won’t be able to feed the girl who has just arrived in our family, and I will have to abandon her at the gate of the Sisters of Mercy’s orphanage. It hurts my heart, but there is no other way.”
“Listen, Philibert, I have three boys and no girl. Let me adopt her, if you please.”
“Thank you, Boniface. God bless you.”

The girl was named Marylou, and she grew up with the three sons of Boniface. Time passed quickly, and before anybody could realize the girl had turned into a beautiful young lady and the three boys were now handsome youth.

One evening in May, sitting in the shade of an olive tree, the father said to his sons,
“You love Marylou, don’t you?”
“Of course we do! Why are you asking?”
“Sons, you should know that she is not really your sister.”

Then he told them how he had come to adopt her. Once he had finished telling the story, one of the sons exclaimed, “That’s wonderful news. Father, let me marry her, please!”
“I too want to marry her!”
“No! I am the eldest and it is for me to marry her.” 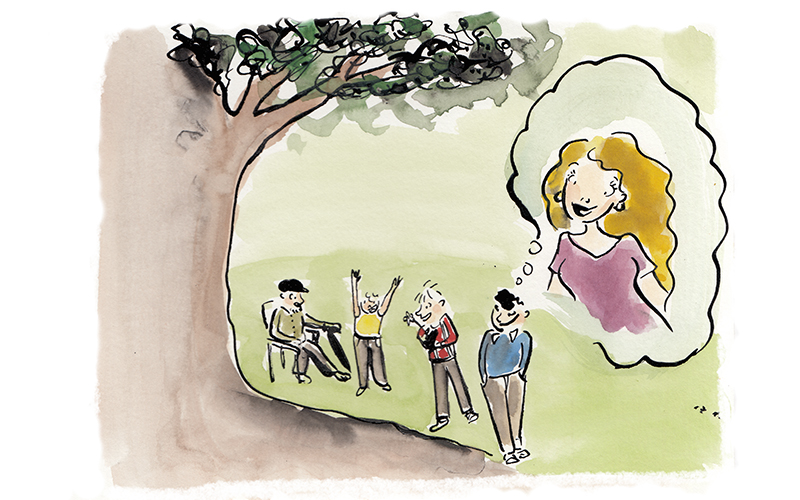 The three brothers were stunned, moved, amazed, impatient, frantic, thrilled and restless, and they all spoke at the same time, assaulting the armchair of their father, who smiled and tried to keep them at bay.
“Well! Keep calm boys! I’m really sorry I inflamed you with such passion. So, before your hearts are set ablaze, here is what I suggest you should do. Go to Paris, the magic city. I give you three days to find the present you think she deserves and bring it back here. Then Marylou will choose.”

No sooner said than done. They went to Paris, and parted when they were at the gate of Notre Dame.
“This is the place where we shall meet in three days, the eldest brother said. “God bless the three of us.”
On the third day, when the cathedral bell struck midday, the three brothers were back on the esplanade.

The eldest said at once, “Brothers, I think the matter is settled. It really seems it is my fate to be Marylou’s husband. Last night, I met an old coachman who lay dying on the seat of his car. I gave him some water and I stayed with him to accompany him in his last moments. He whispered to me, ‘Thou, the obliging one, you will be my heir. I bequeath my car to you. It is not really beautiful but it is magic. Just get into it, say ‘Go, Go,’ and it will take you wherever you want to go in a trice. It is yours. Don’t forget, it must come from your heart. Farewell and good luck!’”
“Not bad, not bad,” the middle brother said, “now listen to my story. Last night, in a dark street, I bumped into a robber who had just burgled the attic of a famous astrologer. He growled to me, ‘You come at the right  moment. Here, have this telescope for threepence. A real bargain since it’s as good as new!’ So I bought it.

“We are really blessed, brothers, for it’s an invaluable one. With it we can see anything, including the most distant stars. We only have to wish to see a particular thing and there it is. For instance, now I can see Marylou’s face. It’s true! I can see all that Nature will let me see. Oh look, Marylou is sighing. She’s longing for me!

“And what about you, little brother, what did you find?”
“I’m sorry, brothers, I found only three apples. Your gifts are so incredible; forgive me if I only have a trivial adventure to offer. I met an old lady who was having difficulties walking, so I helped her home. Her sons had abandoned her, and since she was feeling lonely, sad and forlorn, I stayed with her during these three days.

“This morning when I left, she put three apples into my pocket and said, ‘Don’t eat them but keep them for a fatal time. They will heal any poison. They can bring the light of Life back to anyone who has already set foot in the Dead’s night.’”

Having shared their discoveries, they went, arm in arm, curious and dazzled to walk around the capital. When the mist started to darken the banks of the Seine, their legs felt heavy with a burning pain in their feet.
The eldest brother said, “It’s time to go back home, brothers. Come on, let’s get into my car. It will take us home in no time.” 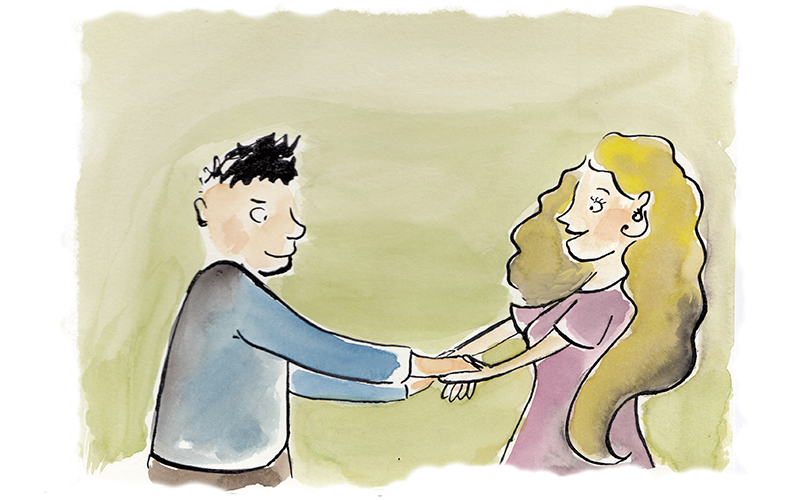 “Wait a minute,” the middle brother said, “I want to see if our soup is ready.” He looked into the telescope and cried, “Oh dear! Oh no! It’s a catastrophe. Mother and father are lying in bed, and Marylou is on the floor. They are very sick and they are going to die.”
The eldest said, “Go, Go,” to his car, and they were home in a minute.
The youngest brother ran to the bedroom and gave one apple to Marylou, another to their mother, and the third to their father, bringing them all back to life.

Seeing them breathing, the brothers heaved a sigh of relief, laughed and embraced each other, saying,
“Come on! Let’s have dinner.”
Over dessert the father asked, “Now, Marylou, whom do you choose as your husband?”

The eldest son showed off the magic car parked in pride of place in front of the stone steps. The second brother took out the glowing telescope of which he was so proud. The younger one turned out his empty pockets, and showing his empty hands said, “I have nothing left!”
At this, Marylou seized his hands: “Here is the best of men! He gave everything he had and kept nothing for himself or for his salvation. Do you have any objection, dear brothers?”

They all kept quiet.

And so will I. Wishing you sweet dreams.

What is your team’s vibrational compatibility?