True knowledge and inaccurate knowledge
Here we will explore the first two of the vrittis – pramana and viparyaya. The definitions

Memory
Try to imagine life without memory. How would you learn from your mistakes? You would not

Sleep
All manifest life seems to require a period of sleep, of calm, in which to gain added

The five vrittis are the types of thought patterns or tendencies that are the energy patterns we create in the field of our consciousness or chit. ‘Whirlpool’ is a literal translation of the word vritti, so the vrittis are whirlpools – the waves and ripples that form in the field of our consciousness as a result of energy and movement. Our mind is either still and calm, or it is active with a certain level of turbulence and ups and downs. How still or active our field of consciousness is, and the nature of that activity, determine how we perceive the universe. 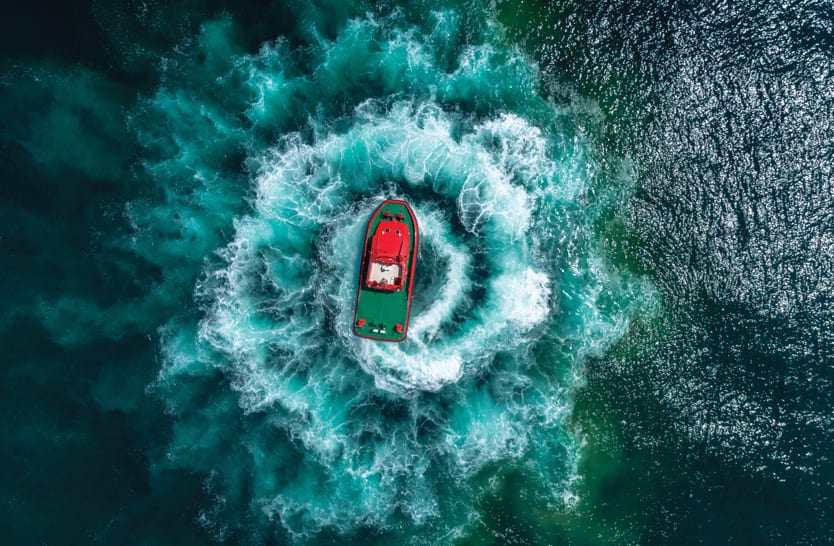 Imagine your field of consciousness as being like an ocean, and the waves and currents are the vrittis. The more turbulent the ocean, the harder it is to see the ocean floor, which can be equated with the inner Self or soul. The field of consciousness is happy to return to its original state of stillness and calm, but the interplay of senses and tendencies draw us out into experience and emotional reactions, sometimes bringing mental turbulence. So the first step in Yoga is to turn the attention inwards and return to stillness. This is also what brings peace and, ultimately,  joy, which is the quality of the soul. Without this stillness, lasting peace and happiness are not possible.

At that time [of meditation],
the Witness abides in itself,
resting in its own essence,
its true nature.

At other times, we instead identify
with the modifications of the mind,
taking on the identity of
those thought patterns.

When the waves of the vrittis settle and we are calm, as happens during Meditation with Transmission, we see our true nature. At other times we identify with the modifications, e.g. sorrow or fear or excitement. For example, if you are angry with your boss, because he has accused you unjustly of doing something wrong, will your consciousness be calm and still? Will you be able to think clearly during the day and make wise decisions? And what happens when a child is scared of the teacher in the classroom at school? Will they learn effectively and grasp concepts well? No, it is not possible, because fear blocks the electrical impulses from passing through to the cognitive centers in the pre-frontal cortex of the brain, making learning very difficult. The thinking process of the child is not able to function freely.

With the daily practices of Heartfulness, we are able to remove these emotionally reactive states from our system and remain connected with the inner center of stillness throughout the day, even when we are not meditating. We do this by using the method of Cleaning to remove the emotional charge that arises with reactiveness, and by cultivating the state of Constant Remembrance that follows from Meditation, so that our consciousness remains centered even while we go about normal daily activities and interact with others.

Patanjali then goes on to classify the vrittis as being either colored (klishta) or uncolored (aklishta):

There are five types of thought patterns,
and they are either colored or uncolored.

Colored versus uncolored refers to impure versus pure, leading to bondage versus leading to freedom, and leading to turbulence versus stillness. So the mind can either become a source of bondage or a source of freedom, depending on how we cultivate and train it. Yoga is really only concerned with this one thing: how do we use the mind? Mastery of the mind, cessation of the turbulence in the mind, is Yoga.

Patanjali then describes the five vrittis: