In parts 1 and 2, DR DOTY explored the evolutionary advantage of compassion in human beings and its relationship with our physiological responses, and took us further into aspects of human behavior that relate to compassion and collective social issues. In part 3 he shares some cherished memories of how the compassion and unconditional giving of a remarkable woman gave him a helping hand up when he was a boy.

Q: Tell me about the experience you had as a kid growing up with a father who drank a lot, where there was violence in the home; somewhat familiar territory for a lot of people growing up in America. And when you were in the 8th grade you happen to meet this woman named Ruth at a magic shop and she taught you meditation and concentration techniques. She said to you, “I know how to turn a flicker into a flame,” and “This will change your life.” Tell me about meeting her and how it changed your life.

JD: Yes. There is no question about that. As I discuss in detail in the book, I grew up in poverty, my father was an alcoholic and my mother had had a stroke and was partially paralyzed, chronically depressed and attempted suicide multiple times. Neither parent had gone to college. We were on public assistance and this is not the environment for a child that is typically associated with success in life.

She was the kind of person we meet rarely,
whose presence radiates goodness and kindness.
Their smile is radiant and they embrace you
and you feel calm and comfortable in their presence.
She was that type of a person.

Although I was intelligent and to some degree self-aware, that actually made the situation worse. I had the insight that I essentially had no ability to change the situation, no resources and no access to knowledge. I had a sense of despair and hopelessness. I was unhappy and angry. I was angry at my situation and at my parents.

So one day at the age of twelve I walked into a magic shop and there was a woman behind the counter. I describe her in the book as an Earth Mother type. I asked her about some of the things in the magic shop and she laughed and brought her head up to look at me, because she was reading a paperback at the time. She explained to me that she knew nothing about the magic in the store. She said it was her son’s store and she was simply sitting there while he ran an errand.

She was the kind of person we meet rarely, whose presence radiates goodness and kindness. Their smile is radiant and they embrace you and you feel calm and comfortable in their presence. She was that type of a person. She immediately sensed that perhaps I was troubled, and she paid attention to me and asked me some questions, which was unusual for a child in my position.

At the end of fifteen or twenty minutes of conversation, where she queried me about my background and interests and hopes and aspirations, she said to me, “I’m here for another six weeks and if you come every day I’ll teach you something that could change your life.” I wish I could tell you that I had some incredible insight that led me to show up, but the fact of the matter is that I had nothing else to do and she’d given me some cookies during our conversation. So I showed up.

Of course if we think about a situation like that today, where a person offers to spend an hour or two with you in a backroom – an adult with a child – it would be frowned upon and perceived as some sort of predatory-type behavior. Perhaps it was a more innocent time in 1968. Needless to say I did show up, and in the course of that interaction it was apparent retrospectively that this woman had significant knowledge of Eastern philosophical practices. She understood from her own experience that you can change your own brain. Although it wasn’t named at the time, what she was talking about was neuroplasticity.

So for the next six weeks, we spent an hour or two together every day in a back room, and she taught me what I describe as Ruth’s Tricks: one through four.

The first trick was relaxing the body. It was her understanding that many of us carry around the emotions that we have in our muscles and that this distracts us from being attentive. The first thing that she taught me was this concept of relaxing the body and learning attention and focus. She did this in ways that we now know as the typical practices associated with Buddhism or meditation or mindfulness practice. To really be a success, one has to be able to attend and focus and respond to emotional states and have insight into them. So that was the first thing that she taught me.

What I had thought were impairments
to my ability to succeed, or limitations
of my possibilities, were suddenly removed.
And that was absolutely critical.

The second trick was … 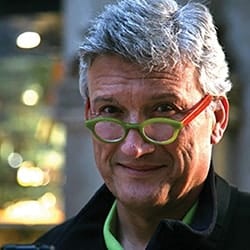 Dr Doty is the author of Into The Magic Shop: A Neurosurgeon’s Quest to Discover the Mysteries of the Brain and the Secrets of the Heart (Avery, 2016) and is co-founder of the Center for Compassion & Altruism Research & Education (CCARE) at Stanford University in Palo Alto, California, USA.