The Masai Mara National Reserve spreads over 1,200 square kilometers across the southwestern part of Kenya, Africa. In August 2018, SATVIK SWAMINATHAN had the opportunity to visit these sprawling grasslands and get a glimpse of the life that coexists here in all its magnificence.

The first stop was a point from where I could see the rift valley, through which we would pass to reach Masai Mara. The view from the top was spectacular. It filled me with wonder, as I imagined what could be the future changes on the face of the Earth. This bigger picture in the divine scheme of things glaringly demonstrates the insignificance of human life, with its whole spectrum of joys and sorrows. It was a truly humbling feeling.

The entrance to the National Reserve is through the Oloolaimutia gate, which is an archway without any boundary wall. The first view of Masai Mara is magnificent, as the real feel of the Savannah grasslands, with endless space and one lone tree here and there standing upright, is quite spectacular. It can only be experienced. 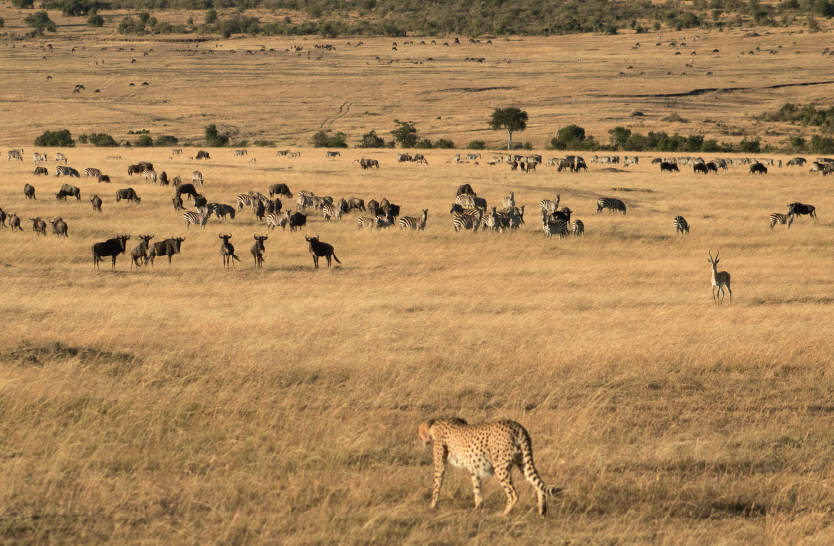 We saw the whole spectrum of wildlife in Africa: herds of elephants and giraffes; groups of wildebeest, deer, buffalos and zebras grazing in the grasslands; gigantic hippos lazing in ponds and waterholes; warthogs, ostriches and mongooses; the carnivorous lions, cheetahs and hyenas; and the scavenger birds also with their share in the Savannah. To see all these animals coexisting in the open, in a single frame, was quite an enthralling experience. I felt like an awestruck time traveler who had just landed in the prehistoric era!

The soil in Africa is very fertile, almost dark maroon in color, and this helps the growth of grass, which in turn attracts the wildebeest and zebras to cross the Mara River for greener pastures. Almost a million animals migrate every year to Masai Mara in August, braving the mighty river filled with hungry crocodiles. They then return back to the Serengeti in Tanzania in October. With the abundance of prey, the lions and the other carnivores rule here. 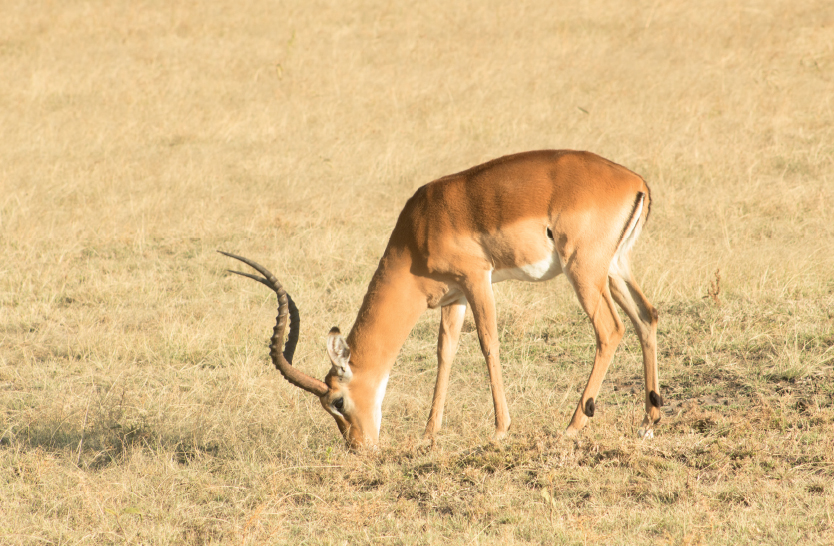 The natural balance of the ecosystem is admirable: nature always provides the basic necessities in abundance. For every lion there are at least a thousand wildebeest, and for every wildebeest there is exponentially more grass to graze. Unlike human beings, nature doesn’t hoard and save things. Just like a flowing river gathers no moss, the human mind also does not gather impressions when we use only what we need. The moment we build a dam, the water stagnates and moss is formed, very similar to the human mind where the very concept of saving creates impressions. 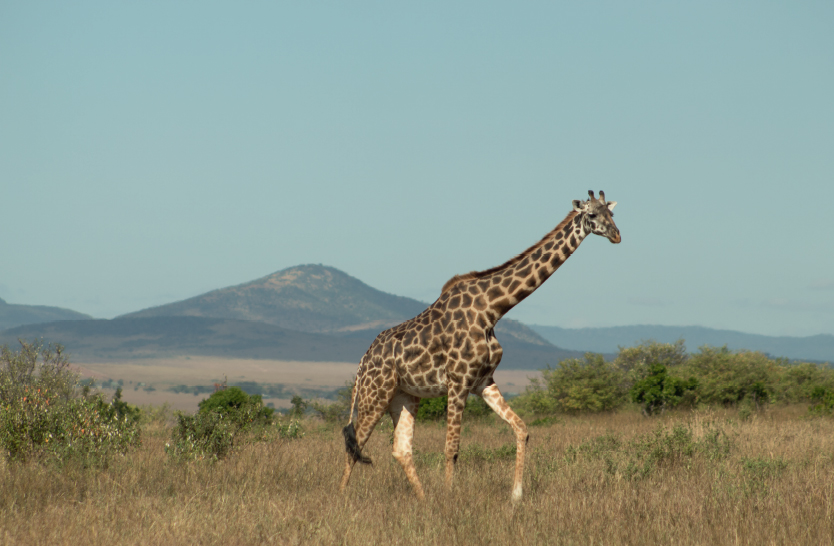 The first time I saw a lion eating an antelope was quite an experience, where I could feel the so-called negative qualities like fear, pain, and violence etc. in their pure form. I came to understand that it is the human mind, with its duality and judgment, which creates good and bad in any feeling or action. Never before had I thought of the concept of fear, pain and violence without a cringing feeling in my heart. But this time it was different. 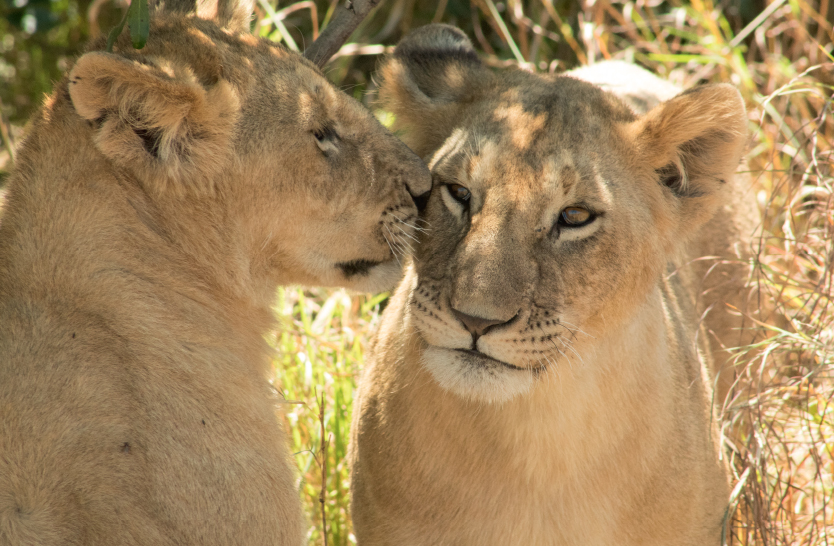 Experiencing the raw feeling of a lion attacking and killing an antelope has no negativity associated with it, because the lion kills to eat. The most fascinating aspect in all this was that there was no impression formed in me despite the fact that the lion was tearing and ripping into the antelope and eating raw flesh. It was chaotic but natural. Here, everything is in the present and, once the lion has eaten, it does not trouble any other animal.

In comparison, when a butcher does the same thing, even though it is in a controlled manner, it stirs up a feeling that forms an impression. It is orderly yet unnatural. It’s because the killing in the butcher shop has more than the thought of just eating for today, but it also has the concept of saving for the future, selling, and all the other man-made layers associated with it. Only we human beings have the concept of saving for the future, which in itself is an unnatural act. So I came to realize that it is not what we do that matters, but the attitude and feeling with which things are done.

Morality cannot be taught, it can only be felt.

Morality is the connection with the innermost feeling of the heart at that particular moment. 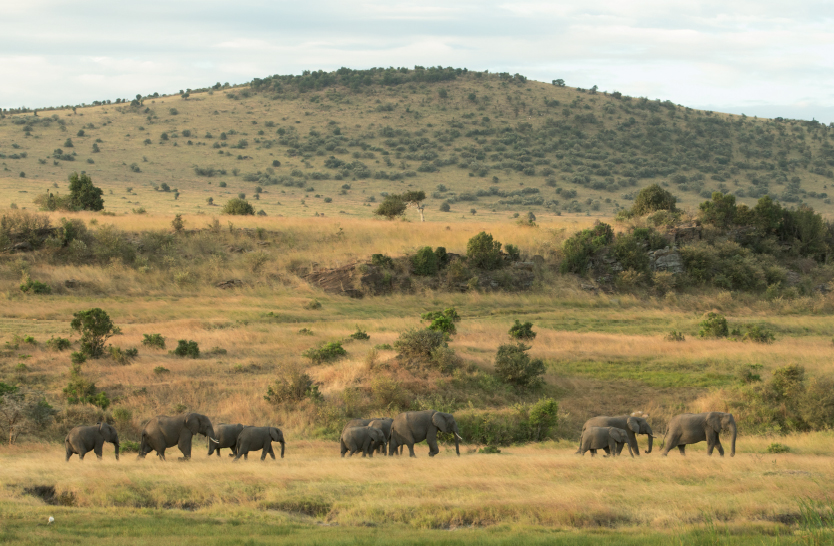 To perceive the innermost feelings of the heart, we need to dive deep and remove any obstacles. Once we experience and realize that essence which is the same in everything, be it animate or inanimate, then even the question of being moral or not disappears and anything we do is in sync with the Ultimate.

Article and photography by SATVIK SWAMINATHAN

Nature is a great companion

Queen of the night

One touch of nature