KALYANI ADUSUMILLI grew up in a minority group in the United States, straddling cultures, learning how to fit in, and later learning how to accept the traditions of her heritage. Today, she is watching her children going through the same process, shifting their cultural identity, as they head toward adulthood in the melting pot of a multicultural society.

Do I consider myself Indian or American? That’s a question Indian-Americans commonly grapple with as they try to navigate the two cultures that influence and impact their lives. “I’m American, Mom!” or “I don’t like Indian food!” are sentiments that I’ve heard frequently from my children. There’s my youngest, who once curiously told my sister-in-law, to her extreme consternation, “I’m not Indian. I’m half-Mexican and half-American!” While I knew that his comment stemmed from the adoration he felt for one of my close friends, who is Mexican, and like his surrogate aunt, I felt guilty, thinking that I had failed to instill in him a sense of pride for his own Indian culture. Then there’s my oldest, who traveled to India twice and readily embraced the culture and food as a child, but now avoids Indian food like the plague! He’ll squawk about mild spices in the occasional curry, and then shrug when I watch him munch on hot Cheetos and Takis. Where did I go wrong, I wondered, until I considered my own shifting cultural identity, and its gradual progression and transformation from childhood through adulthood.

Born in India and raised there for six years before joining my family in the United States, I naturally identified more with my Indian roots, at first. Not quite fluent in English and accustomed to a different set of societal customs, I had to both learn and unlearn to assimilate into Western culture. No longer could I run freely around town barefoot, nor did I see cows and goats wandering around everywhere unrestrained. But before long, the Western influences took hold of me and I morphed into a fusion of East and West. My exposure to the American culture came predominantly from mastery of the English language and acculturation, as my parents only spoke English at home. They would later regret that when they recognized I could no longer speak my native tongue fluently.

Yet, my parents did ensure that my sister and I learned Hindu traditions and regularly participated in the local Indian community. I happily took dance lessons in Bharatanatyam, relished our summer trips to India, and ate Indian food daily and without complaint as a young girl.

By the time I was old enough to care about the opinions of my peers, I became self-conscious about my ethnicity. Suddenly, I felt painfully aware of the stares that strangers directed at my mother when she wore a sari at the grocery store, and even more so if I had to appear in public wearing traditional garb. Cringe worthy comments from strangers and friends like, “Is that blood on your forehead?” when seeing the red bindi on my forehead, or “What tribe are you from?” fueled my self-consciousness and the feeling that we might as well have been aliens from another planet.

Often, my mother opened the windows when she cooked Indian food because of the pungent aromas in our house, and I remember my anxiety and embarrassment when a young American friend scrunched up her nose, questioning, “What’s that smell?” As a minority population, inclusion is paramount. Even to the point of surrendering one’s identity.

After four years of bland cuisine at college, I started craving my mom’s flavorful South Indian food. I learned how to cook it myself and joined a social networking group for young Indian professionals. I began to truly embrace my ethnicity. Through personal growth and an increasing awareness of how diversity shapes us, I came to embrace my identity as an Indian-American woman and appreciate my rich cultural upbringing.

And so, when I reflect on my American-born children, who have yet to embrace their ethnicity and formulate their identity, I reassure myself that I have given them a good foundation and introduction to their Indian heritage. Since birth, they have had regular exposure to the Hindu culture whether through spending time with grandparents, visiting temples for religious occasions, reading folklore, or eating Indian food (even if they don’t always relish it). Yet, they have also had exposure to many other cultures as well – Japanese, Brazilian, Australian, Mexican, and so on. I’m grateful that my son has experienced the Hispanic culture so intimately through my friend.

Only when they learn to appreciate that
we are all born different from one another
in so many beautiful ways,
will they truly celebrate diversity
and their own culture.

More importantly, I respect that my kids identify primarily as Americans, as they were born and raised in this country and have been immersed in American society. I have seen my children, nieces and nephews go through similar scenarios to those I did as a child. They gleefully ran into their grandmother’s outstretched arms as little kids, but as they grew older, I watched them squirm uncomfortably seeing her familiar round figure, draped in a bold-colored sari, waiting to greet them at the bus stop. While saddened at this sign of passing innocence, I understood, knowing that they too would navigate the complicated waters of growing up with a mixed cultural heritage, and confident that they would also come to proudly own their cultural identity, by choice and in their own time. Only when they learn to appreciate that we are all born different from one another in so many beautiful ways, will they truly celebrate diversity and their own culture.

So, the next time my college-bound son groans, “Oh no, not Indian food!” or my youngest declares on St. Patrick’s Day that he’s half-Irish, I’ll smile, and patiently continue to watch their cultural journey unfold. 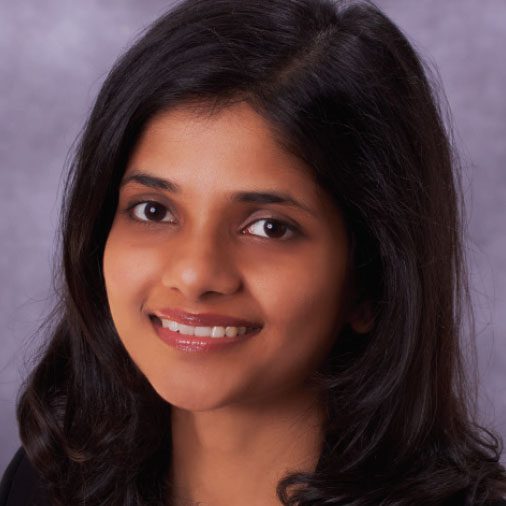 Kalyani is a health law attorney and writer who lives in Houston, Texas, with her husband and two sons. She is a mental health and mindfulness advocate who went on a journey to find happiness, discovered how to help others be happy, and has become a more authentic version of herself.