The seventh vikshepa is bhrantidarsana, meaning false perception, delusion or blindness. It is the opposite to another one of the four main sadhanas of Yoga known as Viveka or discernment. If we define consciousness as the degree of perception, when we falsely perceive it interferes with our consciousness and its evolution.

In fact, Viveka and Vairagya are the foundation of mental well-being, and come about naturally as a result of yogic practice. Both avirati and bhrantidarsana arise when we go in the opposite direction – towards dissonance, disharmony, entropy, separation and complexity.

How does false perception arise? And how do we distinguish what is false and what is true? In order to understand this, we need to go back to the beginning. Try to experience the original state of our being, where there is only stillness, nothingness and total peace, by meditating with Transmission. From that center everything we think and do emanates. We can call it the default position, the zero position, the balanced state. Of our three bodies, it is our soul that is at home in that center, in the balanced state of nothingness.

Now, contrast that with the interplay of senses, thoughts, feelings and tendencies that draw us out into the world of movement and thinking, creating the various vrittis in the field of consciousness. But our soul is also embodied, and is connected with the physical body, so the soul, the atman, is also involved in movement and thinking (atman: ath means ‘movement’ and man means ‘thinking’). The soul is just as much at home with movement and thinking as it is with stillness. There is a constant dance between stillness and activity, between activity and repose.

The seventh vikshepa is bhrantidarsana,
meaning false perception, delusion or blindness.
It is the opposite to another one
of the four main sadhanas of Yoga
known as Viveka or discernment.
If we define consciousness as the degree of perception,
when we falsely perceive it interferes
with our consciousness and its evolution.

Therefore, in Yoga we try to maximize the potential of all three – stillness, thinking and movement. To do this, we do two things: turn our attention inwards during meditation towards the stillness of the center, and refine our outward activities so that our thoughts and movement are in tune with our inner Nature. Then they are conducive to evolution, happiness and balance. We cannot rest in stillness all the time, and that is also not the aim of Yoga, which is just as much about skill in action. So instead we learn to integrate stillness and activity in our daily actions.

In this combination of stillness and activity, lived out in purity and simplicity, the soul can shine, radiating inner joy and happiness. When the waves of the vrittis calm down during meditation, we see our true nature. As we master the art of meditation, we then can externalize that true nature into our daily activities. This is another one of the specialties of Heartfulness – to carry the meditative state with us into the other 23 hours of the day when we are not meditating.

What complicates and pollutes the purity of the balanced state? The impressions that are activated and then accumulate in our heart-mind field of consciousness, as the vrittis become colored and repetitive, forming a web of complexity that is then mirrored in the neural networks and pathways of the nervous system. These we call samskaras, and they create cognates by which we perceive the world – layer upon layer of them – so that our perception can be likened to looking through many lenses of different colors, until eventually we cannot see clearly at all. 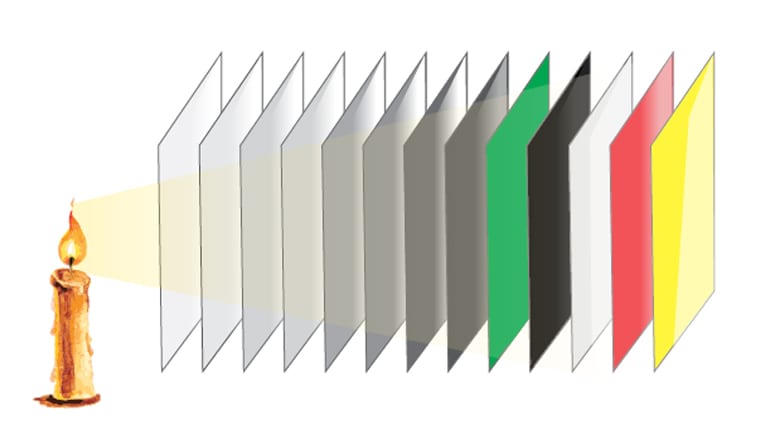 If we are not regularly removing these impressions, it will be like driving at night through heavy fog; we see only a few feet in front. There is no clarity, no vision, and no larger perspective. It is like the old English proverb, “You can’t see the wood for the trees.” More specifically, as per the spiritual anatomy of Heartfulness Yoga, it is only once the 5 chakras of the Heart Region have been purified and traversed, up to the throat chakra or air point, that real clarity and discrimination – Viveka – become the natural state of being. In fact, Viveka is not as simple as distinguishing between right and wrong; it is also distinguishing between two right things and knowing which is more appropriate. True Viveka enables us to discriminate against anything that interferes with our goal or purpose in life. 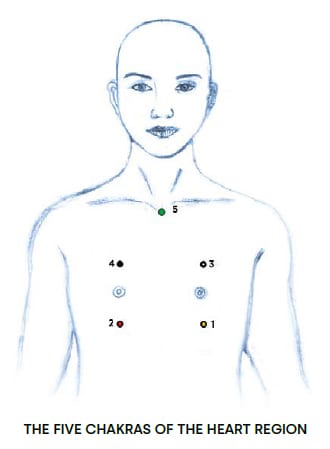 As a case study of bhrantidarsana, Rohan is 25 years old. He is a very successful engineer living in Silicon Valley, California, with a good salary and a generally healthy lifestyle. He has had a few girlfriends, and each time a relationship ends he feels rejected, hard done by, mistreated and betrayed by women. By now he has come to expect this to happen – feeling that women are using him for his money and success. Everything is always their fault in his eyes.

This makes him sad, because he really wants a permanent committed relationship and marriage. Will he embark on a new relationship with openness, or is he likely to start with the false perception that all women will use and betray him? He is not even aware of this pattern; he is blind to his own prejudice, as it has become an automatic subconscious response. His subconscious cognates will surely sabotage the next relationship from the outset, without him knowing that he is affecting the outcome. Anyone new will gradually be forced to live up to his expectation of failure, unless he becomes conscious of the patterning and chooses to remove it.

How will Rohan change his patterns? The most effective way is to remove the past impressions or samskaras that have accumulated in the subconscious mind. In Heartfulness, this is done daily during the evening practice of Cleaning. After a few months of Heartfulness practice, Rohan is already noticing big changes in his inner environment. Some of his old habits have already left as a result of the Cleaning practice, and he has learnt simple ways to change his behavior. Gradually, he is mastering his emotions, and approaching life with positivity and confidence, along with more openness and humility. Through Heartfulness Meditation and Prayer, he is also learning to listen to his inner voice through the heart, develop clarity and make wise decisions. His heart is opening and becoming more generous. The obstacles are melting away, one by one.

Bhrantidarsana is easily reversed by removing the samskaras that are the root cause, and developing the generosity of heart to accept a true perception based on purity and clarity.