The solution to the biggest problem in the world today

NEALE DONALD WALSCH addresses the underlying cause of our global dysfunctions today and challenges us all to solve them, together, through one single decision. Are we ready for this? 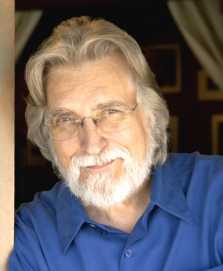 Now that’s remarkable, because this problem is so huge, it is causing all of the other problems, all of the ‘smaller’ problems, that we hear about every day. That includes global warming, planetary political upheaval, worldwide economic disparity, endless wars, and widespread individual frustration and dissatisfaction with the conditions of life.

All of these predicaments are the fallout, the direct result, of one pervasive condition. That condition can be described in one word.

Human beings are alienated from each other. And we’re experiencing more alienation every day. Overnight we’ve found ourselves in bigger versions of an ‘Us Against Them’ world than most of us have ever encountered before.

Nothing that’s gone wrong with the world is our fault. Nothing. We’re not responsible for any of it. Not a single piece of it. It’s all their doing.

It’s those unwanted immigrants, those unsatisfied minorities, those unhappy women, those right-wing radicals, those left-wing nut jobs, those unacceptable gays, those uninformed students, those dumb conservatives, those empty-headed liberals, those unmotivated government assistance recipients. It’s those ‘others’ who just keep making things difficult.

Not everyone feels this way, of course, but everyone can feel everyone who feels this way. So it’s affecting all of us. Each day it’s producing distressing headlines, angry blogs, name-calling speeches, childish rants, attacking tweets, bullying diatribes, finger-pointing tirades, and violence-laden actions.

None of the systems we’ve put in place to make life better for all of us are working. There are some rare exceptions, but in the main, most are failing to produce the outcomes they were intended to produce.

Our political systems, our economic systems, our social systems, even our vaunted worldwide Internet systems, are hurting us, not helping us. And, saddest of all, our spiritual systems, which so many had hoped would bring us closer to God and closer to each other, have done exactly the opposite.

All of this can be reversed, however, and all with a simple flip of humanity’s Belief Switch. We merely have to turn off our belief in Separation.

It is the idea that we are separate from each other and from God that has generated the conditions that have produced – and continue to create and tolerate – the predicaments mentioned earlier.

Are you aware that still today, in the first quarter of the 21st century, 1.5 billion people have no access to clean water? That more than 1.7 billion still have no electricity? That nearly 2.5 billion of our fellow humans still live without indoor plumbing? That’s one quarter of the human race.

Now one might argue that these are but inconveniences. Yet hundreds of thousands die each year as a result of the unhealthy conditions arising out of these ‘inconveniences’.

And consider this: Every hour more than 650 children die of starvation on the planet.

Could any of this occur if our species as a whole embraced a consciousness of Oneness? No. So what is being invited today by Life Itself is a movement on the part of every individual not just to be aware of our Oneness, but to live it.

For humanity, this has become the essential path. This is what it will take for us to move forward with our evolution on Earth. And we can do this by making one simple decision.

Adopting the idea that we are Spiritual Beings, One Being,
is not about creating a science-fictionesque utopian society.
But we can create a planetary community of far more loving,
peaceful, safe and joyous people, thriving and not constantly struggling,
relaxed and not continually straining,
celebrating and not endlessly competing or opposing.

Put into question form, the decision for all humans comes down to this:

1. Are we temporary physical beings, or are we Eternal Spiritual Beings Manifesting Physically?
2. Are we completely separate entities, or One Essence Manifesting Individually?

Basically, the question is, “What is our True Nature?” Our life as it is now being lived offers us a chance to demonstrate our answer. And this is something that each of us is doing, right here, right now.

Should we choose to write a New Cultural Story, one which announces and declares that humans are Spiritual Beings and All One – united with each other and with The Creator – everything would change on this planet. Our motivations, our intentions, our objectives, and our interactions would be altered at every level. Our relationships in this civilization – nation-with-nation, religion-with-religion, race-with-race, conservative-withliberal, man-with-woman, straight-with-gay, young-with-old – would become civil at last. 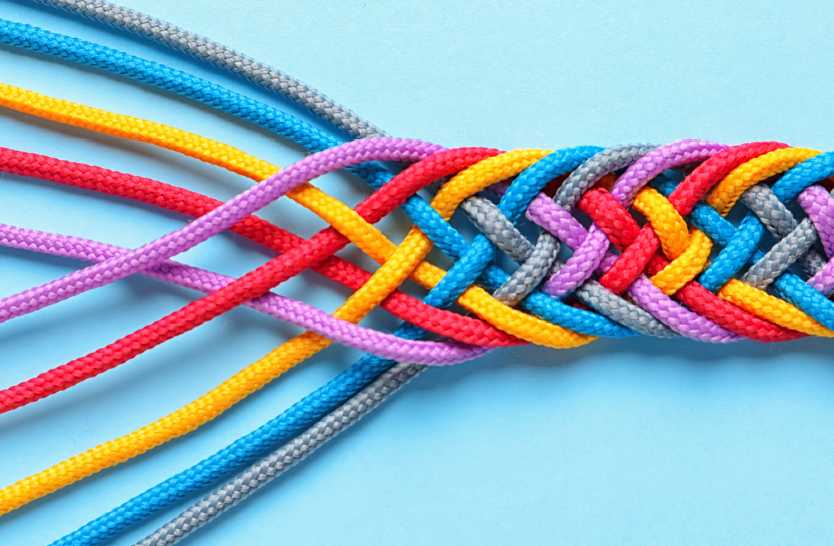 Our problem of Alienation, our idea that violence is a legitimate means of addressing differences, our condition of insufficiency and our unnecessary suffering endured by billions … all of this and more would disappear from the Earth, dissolved by new ideas of ourselves that would quickly induce the abandonment of our most damaging self-concepts.

Does this mean we would create a life on Earth without a single concern or challenge of any kind? No, of course not. Adopting the idea that we are Spiritual Beings, One Being, is not about creating a science-fiction-esque utopian society. But we can create a planetary community of far more loving, peaceful, safe and joyous people, thriving and not constantly struggling, relaxed and not continually straining, celebrating and not endlessly competing or opposing.

Can we do it? Can our species embrace a Consciousness of Oneness, of Unity with each other and with The Divine? I believe we can. And there are many tools we can use. All we have to do is intend to do so, and our intention will act as a powerful magnet, with the awareness of those tools and how to use them being drawn to us from many sources – not the least of which may very well be the magazine you are reading right now.

So read on. And read often. And commit to living the truth, if it is your truth, that We Are All One.

This article is adapted from Neale’s latest book, The Essential Path, to be published in June and now available for pre-order at most online bookstores. Neale Donald Walsch may be reached for personal interaction at www. CWGConnect.com.

Neale is the author of 37 books on contemporary spirituality, including seven New York Times bestsellers. His Conversations with God series has been translated into 35 languages and read by millions around the world. He travels extensively focusing on what he calls the most important question facing humanity today: Is it possible that there is something we don't fully understand about God and about Life, the understanding of which would change everything?